CEO: Investment To Automate At Carrier Will Mean Fewer Jobs

INDIANAPOLIS (AP) — President-elect Donald Trump may have been able to keep 800 jobs at the Carrier furnace factory in Indianapolis but the chief executive of Carrier's parent company says there will ultimately be fewer jobs at the factory.

In an interview with CNBC, United Technologies chief executive Greg Hayes says a $16 million investment to limit outsourcing will increase automation. And he says "what that ultimately means is there will be fewer jobs."

Carrier had planned to move the 800 jobs to Mexico to take advantage of the cheaper labor force in that country until Trump persuaded Carrier to keep the jobs in Indianapolis. He has promised lower corporate tax rates to preserve factory jobs inside the United States.

Tags:jobsDonald TrumpCarrier Corp.manufacturingUnited Technologies Corp.Greg Hayes
At WFYI, our goal is to cover stories that matter to you. Our reporting is rooted in facts. It considers all perspectives and is available to everyone. We don't have paywalls, but we do need support. So if unbiased, trusted journalism is important to you, please join us. Donate now.

The U.S. economy showed its largest decline in more than 70 years last quarter. The broad measure of economic activity also points to areas where Indiana is struggling.
Read More 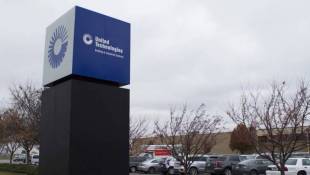 The United Steelworkers says the number of jobs saved is actually 800, not more than 1,100 as President-elect Donald Trump said last week.