INDIANAPOLIS (AP) — Indiana residents would pay more for gasoline and cigarettes but less in state income taxes under a bill the House has approved.

House Speaker Brian Bosma has backed the bill, which Gov. Mike Pence and conservative groups criticize for raising Indiana's taxes. Under the bill, the cigarette tax would increase by $1 per pack and the 18-cent-per-gallon gas tax would go up by 4 cents.

The bill calls for the state income tax to be cut by 5 percent over eight years.

The bill now moves to the Senate, which also has its own plan backed by Pence that would earmark part of the state's surplus for road improvements as a short-term solution to the state's crumbling infrastructure.

Tags:Indiana Houseroadscigarette taxgas tax
At WFYI, our goal is to cover stories that matter to you. Our reporting is rooted in facts. It considers all perspectives and is available to everyone. We don't have paywalls, but we do need support. So if unbiased, trusted journalism is important to you, please join us. Donate now. 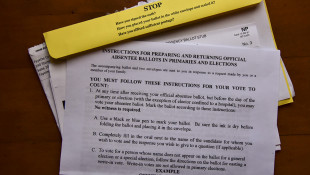 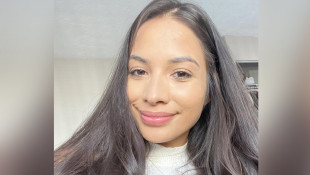 Why This Indiana Activist Works For The Immigrant Community

As we conclude our series on young activists, we meet Maria Duenas Lopez, a first generation Mexican-American who advocates for immigrants. Side Effects Public Medias Darian Benson interviewed her about the importance of an inclusive democracy.
Read More

An annual survey gauging the overall well-being of U.S. residents ranked Hawaii No. 1 and Alaska No. 2. Indiana tied with Ohio for 47th.