The Environmental Protection Agency has been tightening pollution standards for toxic emissions, and regulations are likely to increase in the future.

Coal-fired power plants in Indiana are balancing federal demands with business pressures in a number of ways.

Some, like Indianapolis Power and Light’s plant in Indianapolis, are converting to run on natural gas.

Others are shutting down, like the plant owned by Duke Energy in Terre Haute.

But more than half of them are taking a third option -- working to make their current process cleaner.

One of these is American Electric Power’s Rockport facility near Evansville.

“Rockport power plant is a very large coal fueled power plant,” says Melissa McHenry, a spokeswoman for AEP. “It has two 1,300 megawatt units which is the largest generating units that are built in the United States. Some of the largest in the world.”

But because Rockport is so large, it still produces a lot of pollution. All power plants in the U.S. self-report the amount of pollution to the Environmental Protection Agency. The EPA publishes these numbers as the Toxic Release Inventory, or TRI.

Jodi Perras works on the "“Beyond Coal” campaign for the Sierra Club, which analyzed the latest TRI numbers.

“So, we took a look at the numbers and found that Rockport is, yet again, it’s the number two toxic power plant in Indiana,” Perras says. “It’s in the top ten in the country in terms of the amount of toxic pollution it puts out.”

But making less pollution is expensive.

AEP already spent $600 million on Rockport, and is planning to spend an additional $3 billion to reduce toxic pollution further. AEP says that’s actually cheaper than converting it to run on natural gas or closing it down entirely.

But toxic pollution isn’t the only problem. No matter how much equipment is installed, coal-fired power plants will always produce carbon dioxide.

Carbon dioxide is a heat-trapping greenhouse gas, and it’s contributed more than any other greenhouse gas to anthropogenic climate change.

Paul Chodak, president of Indiana-Michigan Power, which is owned by American Electric Power, says he’s not opposed to regulation.

“I don’t think anyone thinks we don’t need to regulate CO2 going forward,” he says. “I think the issue is about how fast we get there.”

A lot of states are worried about speed, and some argue the EPA doesn’t even have the authority to regulate carbon.

Nearly two dozen states, including Indiana, sued the EPA over the Clean Power Plan. The Supreme Court issued a stay on the plan in February, putting it on hold.

But Sierra Club’s Jodi Perras says the stay isn’t necessary. She says the timeline is achievable.

Holding up a chart of CO2 emissions, she says the trend toward cleaner energy is already decreasing carbon levels.

“So the Clean Power Plan would just require us to keep reducing our CO2 at the rate we’re already on,” she says. “What’s so treacherous about that?”

But Indiana-Michigan Power’s Chodak says, because utilities are already invested in their coal infrastructure, they need more time to maximize their return while keeping rates low for customers.

"So I always say utilities are aircraft carriers, not speed boats.” Chodak says. “And when we make investments, we need to be thinking 20, 30, 40, 50 years down the line, because that’s how long these assets last.”

The stay for the Clean Power Plan will remain in effect until the lawsuit is decided. The case is pending before the U.S. Circuit Court of Appeals for the District of Columbia.

Tags:IPLIndianapolis Power & LightDuke EnergyEnvironmental Protection AgencyClean Power PlanIndiana Michigan PowerCoalAmerican Electric PowerRockportSierra Club Beyond Coal
Support independent journalism today. You rely on WFYI to stay informed, and we depend on you to make our work possible. Donate to power our nonprofit reporting today. Give now. 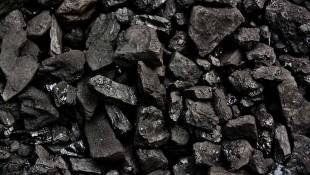 Indiana Sees Third Largest Decrease In Coal Use Since 2007

Indiana used 37-percent less coal for electricity generation between 2007 and 2015. Only Ohio and Pennsylvania saw a larger decrease.