College Students To Get One-On-One Help Under Grant Program

INDIANAPOLIS – The state has launched a new initiative designed to increase graduation rates for students enrolled in the popular 21st Century Scholars program.

Students at Ivy Tech Community College, Indiana State University and Indiana-Purdue at Indianapolis will be assigned one-on-one coaches to help them through their college careers.

The effort is expected to boost graduation rates by as much as 15 percent and is part of a larger redesign of Indiana’s early-promise scholarship program. The goal is to emphasize clearer expectations for students and proactive support at every level.

The “College Success Coach” initiative is supported by a $2.4 million grant from USA Funds to the Indiana Commission for Higher Education.

The grant will cover 100 percent of the first-year costs associated with the implementation of the InsideTrack program, after which the program will be sustained by the additional tuition and state funding resulting from what organizers say will be improved student retention.

“USA Funds’ financial support of this program is part of a broader partnership with our home state to provide Indiana students with fulfilling educational, career and life experiences,” said Carol D’Amico, the executive vice president of engagement and philanthropy for USA Funds.

D’Amico said she believes collaborating with the commission and InsideTrack – the company selected to deliver Indiana’s coaching initiative – will provide a student success model that other Indiana colleges and universities, along with other states, can adopt.

Indiana State University, Ivy Tech, and IUPUI have agreed to sustain the service for a second year.

“For more than two decades, Indiana’s 21st Century Scholars has made it possible for thousands of Hoosiers to afford a college education,” said Higher Education Commissioner Teresa Lubbers. “However, too many scholars never make it to graduation day – leaving them with the dashed dreams and diminished career opportunities that come with some college but no degree.”

College coaching is a one-on-one relationship used to aide students in deciding what they want out of college and then map out a plan to make it happen. Students will be encouraged to identify obstacles, create contingency plans, connect with on-campus resources and link their short-term actions to their long-term goals.

Only about 15 percent of 21st Century Scholars earn a two- or four-year degree on time, according to a report by the American Educational Research Association.

The rate is slightly above that of low-income Hoosier students with 9 percent but below the state’s full-time college population overall with 23 percent.

Indiana’s 21st Century Scholars program – established in 1990 – is a need-based, early-promised scholarship program providing students the opportunity to earn up to four years of paid tuition at an Indiana college.

InsideTrack has guaranteed the state a 3 percent minimum increase in the percentage of scholars completing their first year of college.

“InsideTrack worked with us to design a true impact study for which we can actually measure the effect of an intervention, coaching, and by extension, return on investment,” said Dan Bradley, president of Indiana State University. “This is rare in higher education, and I am hopeful this will also be true for the statewide 21st Century Scholars project.”

Seth Morin is a reporter for TheStatehouseFile.com, a news website powered by Franklin College journalism students. 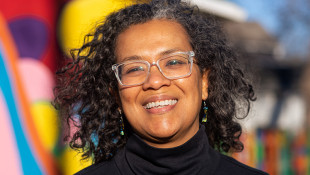