Riverview Energy is planning a southwest Indiana coal-to-diesel plant, and there was standing room only at a hearing on its air quality permit Wednesday night. Half of the attendees who filled the auditorium at a high school in Lincoln City, many in white union hats, urged the state to approve the permit.

The proposed $2.5 billion Riverview Energy plant would be built in nearby Dale. It would emit up to 2.2 million tons of carbon dioxide a year. The Indiana Department of Environmental Management generally requires emissions sources to obtain a permit before construction.

John Bates works for the local plumbers and steamfitters union. He says the community needs the high-paying jobs Riverview promises. The company says it needs 2,000 workers to build the plant, which will require a permanent staff of 225 once operational.

“It’s probably going to employ, in construction, close to 500 of our guys,” Bates says. “Then we also look forward to maintaining the plant after it’s built with a maintenance crew.”

He says he trusts the state’s environmental analysis and isn’t concerned about pollution from the proposed plant.

Opponents of the project filled the other half of the room. Among them is Santa Claus, Indiana, resident Agnes Kovacs.

“My background is in chemistry, so I understand when we speak about all these pollutants, I understand how dangerous they are for the human body,” she says.

The state says the increased risk of cancer from the emissions is incredibly small and well within bounds established by the Environmental Protection Agency.

IDEM will accept public comments until Dec. 10. Its decision will come after officials review the input. 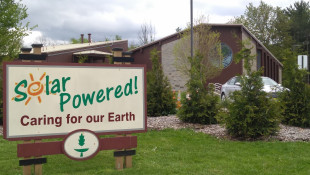 Evangelical Churches In Indiana Can Get Solar Panels Through Grants

A faith group aims to help put solar panels on 20 evangelical churches around the state and reduce energy use at some of their members' homes by 25 percent.
Read More 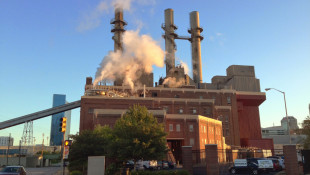 Some parts of Indiana that have struggled with pollution are now meeting federal air quality standards, according to data from state and federal environmental agencies.
Read More