KOKOMO, Ind. (AP) — Ventec Life Systems will stop producing medical breathing machines in Kokomo by the end of the month, the company's CEO has told employees.

Ventec is “winding down production in Indiana” because of weakening demand for its ventilators, Ventec CEO Chris Kiple said in an email sent to employees Tuesday and obtained by the Kokomo Tribune.

Ventec, in a partnership with General Motors, began operations in the GM Components Holdings plant in April, hiring local employees to make 30,000 ventilators for hospitals in the fight against the COVID-19 pandemic. Vice President Mike Pence visited the plant in April.

The company has about 800 employees in Kokomo.

President Donald Trump ordered GM to build the ventilators in March under the Defense Production Act.

Kiple said the company was confident its headquarters in Bothell, Washington, could meet current demand for ventilators.

“I want to extend my heartfelt thanks to everyone who made production in Kokomo such as success in the past nine months,” Kiple wrote in his email. “Many of you have made enormous sacrifices to travel back and forth, educate and train new teams, deliver supplies, and stand up a new production facility in record time."

The company’s first Kokomo-made ventilators rolled off the line in mid-April. On Aug. 31, the two companies completed their $489.4 million contract with the U.S. Department of Health and Human Services.

At the time, the company entered into a property lease with GM and said further production in Kokomo would be “dynamic” and would produce ventilators for state governments, hospitals, home-care companies and other businesses.

Tags:coronavirusCOVID-19ventilatorsGeneral MotorsVentecKokomo
Support independent journalism today. You rely on WFYI to stay informed, and we depend on you to make our work possible. Donate to power our nonprofit reporting today. Give now. 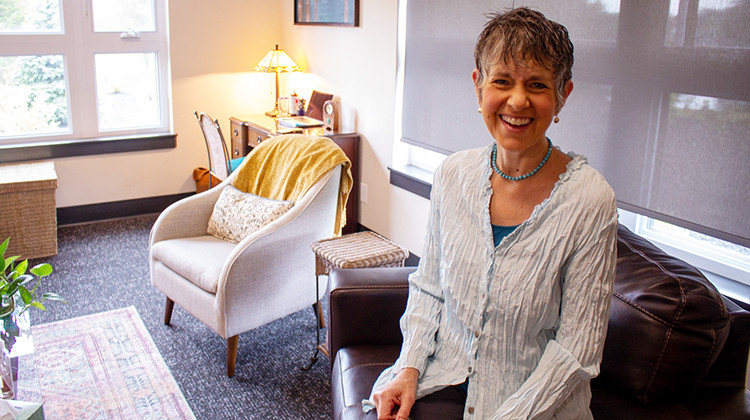 Therapy aims to tackle climate distress, but there may not be enough in Indiana

A new type of therapy aims to help people turn their fears into action. It's called climate-aware therapy -- and it's so new that there’s only one person we know of who offers it in Indiana.
Read More