An Indiana Senate committee has decided to postpone voting on a controversial school financials bill because of its effect on Muncie and Gary schools.

“Muncie – the ink is still wet on the guy’s contract.  I mean, we just hired him.  And we haven’t given the process any time to work,” Tallian says.

Many of the committee’s concerns involve a plan that would allow Ball State University to take responsibility for Muncie Community Schools.  Under that proposal, the university would not have to follow a number of state education laws other districts must, including teacher collective bargaining and certain accountability measures.

University President Geoff Mearns says the process in Muncie would be transparent.

“The new school board – the appointed school board – will have to have public meetings, so there will be public accountability in the local community," Mearns says. "And then the legislation requires us to submit annual plans and reports.”

There was also a different portrait of whether or not the Muncie community supports the Ball State proposal.  In testimony, Mearns says most do – including three out of the five elected school board members, who will be replaced by an appointed board if the legislation passes.

But Sen. Tim Lanane (D-Anderson), who represents Muncie, says an unscientific Facebook poll he conducted shows a majority of the community is opposed.

After the committee’s chair announced he would postpone a vote on the bill, Lanane suggested the issue be moved to a summer study committee.

“This is the first time that I know we’ve ever done this in the state of Indiana.  This is an historical decision that you’re making," Lanane says. "And we can put in there as many times as we want to, ‘This is not precedent.’  But when we pass a law down here, it is precedent.”

The chair of the Senate Appropriations Committee says members will discuss amendments and vote on the bill “in a week or so.”

Tags:School FundingGary Community SchoolsMuncie Community Schools
Support independent journalism today. You rely on WFYI to stay informed, and we depend on you to make our work possible. Donate to power our nonprofit reporting today. Give now.

Purdue University is bringing the author of "Unsettled: What Climate Science Tells Us, What it Doesn’t and Why it Matters" -- a recently published book criticizing how climate reports are communicated to the public -- to campus Tuesday, as part of the fall Presidential Lecture Series.
Read More 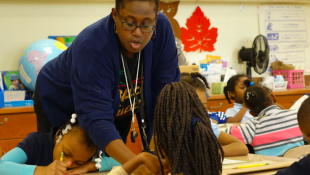 Can Gary Schools Be Saved By A State Takeover?

States have used different methods to reform urban districts in fiscal and financial peril. In Indiana, the controversial decision was made to give a single manager absolute power of the Gary Community School Corporation. But will it work? 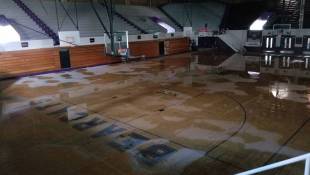