More wet weather didn’t help Indiana farmers make up for lost time in planting corn last week — and they weren’t able to supplement with soybeans, either.

It could mean some big decisions for growers heading into summer.

Indiana planted just 7 percent more of its projected corn acreage in the past week, according to the latest USDA numbers.

It brings Hoosier farmers’ total progress up to 45 percent — well below the norm, and behind other top corn states like Illinois, Minnesota and Missouri.

Ideally, Purdue University Extension’s self-titled “corn guy” Bob Nielsen says most Indiana’s crop would be in the ground by now.

“And that’s simply not happening this year because of the rainfall,” he says. “So farmers are going to feel very rushed as these fields begin to dry out.”

The rush is so that the corn will grow before the weather gets too hot, which can impact yields. Nielsen says farmers could plant types of corn that grow faster — but those can have lower yields, too.

So he thinks some farmers might plant soybeans in place of corn if what he calls “incessant rain” keeps up. Indiana’s soybeans are only 15 percent planted as of this week, less than half their normal progress despite a recent surge in prices.

Still, with their shorter growing season, Nielsen says soybeans might “become a smarter choice” if the delays for corn last into June.

Tags:AgriculturePurdue ExtensioncornUSDAsoybeans
Support independent journalism today. You rely on WFYI to stay informed, and we depend on you to make our work possible. Donate to power our nonprofit reporting today. Give now. 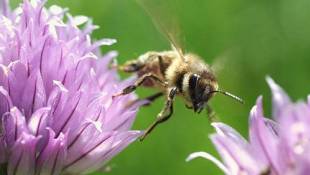 Indiana Bee Deaths Down Since 2015 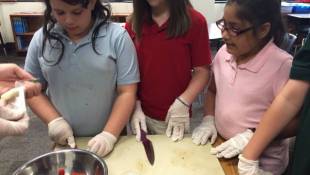 Fifty-nine percent of Indiana counties have food deserts, making it hard for many Hoosiers to get access to healthy food, and leading in some cases to childhood obesity.