Under normal circumstances, you would almost have to force Indiana linebacker Thomas Allen out of his school’s athletic facilities.

Allen had season-ending surgery on his left shoulder in November, and his dedicated rehabilitation led him to recently declare himself 85% to 90% healthy even though he was restricted to individual workouts when spring practice began in March.

His recovery plan changed dramatically when the coronavirus pandemic shut down campuses and college sports. He is among many football players across the country recovering from injuries who have limited access to top-tier equipment and one-on-one help. Some experts say those issues could lengthen recovery times and put athletes at risk of re-injury.

Allen has no access to campus facilities and he is working only twice a week with team trainers who can’t physically touch him. Much of his care has been outsourced to an outside clinic. The rest of his work is done at home.

“If we didn’t have what’s going on now, you’d be with them (trainers) basically 24-7,” Allen said. “The longer you’re in there, the sooner you get back on the field. So you’re doing some things at home without blowing up your shoulder.”

Dr. Kevin Wilk, the associate clinical director for Champion Sports Medicine in Birmingham, Alabama, has helped Michael Jordan, Bo Jackson, Drew Brees, Derek Jeter and others recover from injuries. Wilk is using telehealth — basically long-distance clinical health care — for the first time in his three-decade career, and it is frustrating.

“I’m old-school," he said “I’ve got to see you, I’ve got to talk to you eye to eye, not through the phone so I can read if you’re telling me the truth or not. I want to see you do great. Let me put my hands on you. Let me see you move.”

A lack of close supervision and care “can slow the recovery," he said. "I don’t think it is optimal.”

Wilk said athletes rehabbing at home lack the usual level of instruction and don’t have access to muscle stimulators, laser therapy and other tools that help speed up recovery.

Texas quarterback Sam Ehlinger had been shut down during winter conditioning after he aggravated a rib injury. A recent checkup was a little different.

“He had a Zoom conference with the physician last week, and she was telling him to, ‘Push here, push there, how does that feel? What are you feeling?’” Texas coach Tom Herman said. “So that was interesting and again unique because the injury is really kind of a pain tolerance. You know when those things heal because they stop hurting.”

Dr. Mike Reinold, owner of Champion Physical Therapy and Performance in Boston, said the risk of re-injury will be higher when athletes return to practice because they have not been able to match their normal activity while training from home. There also are increased risks of over-training or training improperly with reduced supervision.

Scott Anderson, Oklahoma’s head athletic trainer, said the extra time could be beneficial in some cases.

“An athlete we were going to try to get into the back half of spring football -- they’ve got additional time to work, to regain that strength, to get back into some sport-specific activity,” he said.

South Carolina tight end Nick Muse tore his ACL last fall and had surgery soon after. He is doing work at a training center near home in Gastonia, North Carolina, and checks in with Gamecocks trainer Clint Haggard a couple of times a week.

Muse said there are elements of the current situation that level the playing field.

“No one’s getting ahead of me,” he said. “No one’s studying film for 30 minutes while I recover, no one’s going through a two-hour lift while I’m at rehab.”

At Missouri, athletes only have access to the school facilities if they are in rehabilitation, and that is limited. Coach Eliah Drinkwitz said quarterback Connor Bazelak, who is recovering from a torn ACL, is among the few players who still can go to the training room.

Ohio State’s depth at running back could be an issue because of injuries. Master Teague III was in line as the heir apparent to J.K. Dobbins before suffering an Achilles injury on the first day of spring practice. Fellow sophomore Marcus Crowley is recovering from a knee injury and so is Trey Sermon, a graduate transfer from Oklahoma.

Ohio State coach Ryan Day said Teague and other injured players are set up with home programs to follow and have access to a sports medicine facility on campus.

Reinold said some of the answers are throwbacks. The clinic at his facility is open, but the gym is closed.

“Maybe we’ve gotten too dependent on these amazing facilities that all the colleges and all the pro teams are building and using to cater to the athletes to have everything they need,” he said. “I think it goes back to the basics. It takes some creativity on the performance departments to simulate those things.”

Tags:coronavirusCOVID-19NCAACollege Footballsports medicine
Support independent journalism today. You rely on WFYI to stay informed, and we depend on you to make our work possible. Donate to power our nonprofit reporting today. Give now. 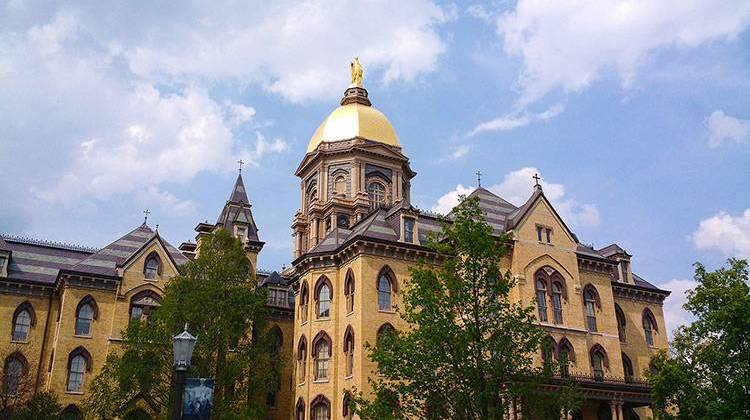 The University of Notre Dame will require all students to get a COVID-19 vaccine before returning for the fall 2021 semester.
Read More 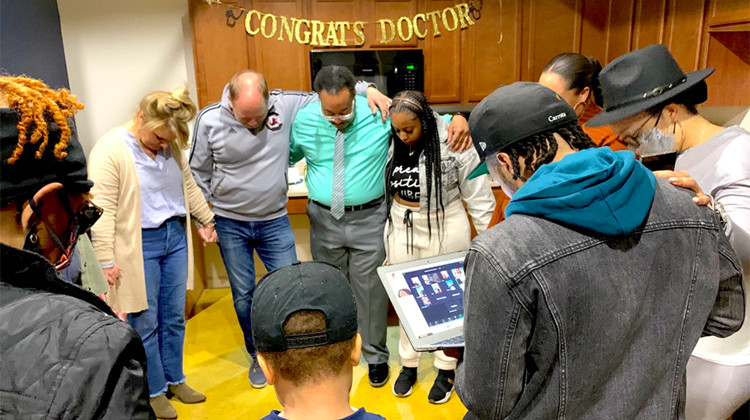 Black medical students face challenges from the beginning. Many are faced with racism inside the lecture and hospital halls.
Read More

Notre Dame Announces Plan To Vaccinate All Students In April

The school will receive enough Pfizer vaccine for every student to be fully inoculated with both necessary doses before the end of May, university president Rev. John Jenkins said in a letter to students, faculty and staff.
Read More 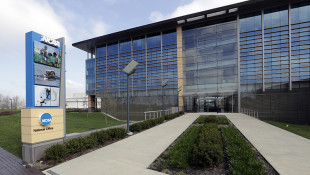 The cancellation of the NCAA men's basketball tournament cost schools $375 million and more losses are expected, especially if football season is disrupted in the fall.