The Indiana State Department of Health’s ongoing investigation into a Hepatitis A outbreak is sparking a lot of questions for Hoosiers.

Indiana usually sees an average of 20 cases a year, but the state says nearly 150 people have been diagnosed with a form of the virus linked to a multi-state outbreak since November.

Many people aren’t as familiar with Hepatitis A as they are with Hepatitis B or C, and that’s only increasing people’s fears of becoming infected. But health officials say some of those fears are overblown. 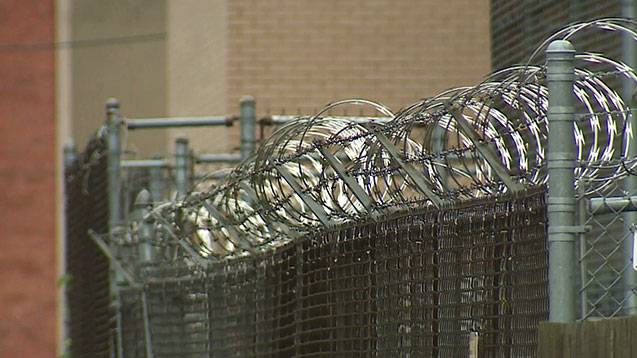 When people walk into the Clark County Health Department’s clinic, one of the first things they see are stacks of pamphlets and fact sheets explaining Hepatitis A.

The department ramped up its education efforts after it started to see an increase in Hepatitis A cases in November. Since then, more than 50 people here have been diagnosed with Hepatitis A. It’s one of seven counties that’s part of Indiana’s outbreak.

Clark County Health Officer Eric Yazel says he saw the first indications of an outbreak when several inmates who were transferred from Louisville to Clark County tested positive for the virus.

“In a situation where you’ve got a large population in a confined area and using communal bathrooms and food prep areas, that’s your worst nightmare as far as containment goes,” Yazel says.

Yazel says what makes Hepatitis A so tricky is it’s much more contagious than Hepatitis B or C.

It has a fecal-oral spread, which means people can contract it through contact with an infected person or ingesting contaminated food.

Yazel says they still visit the jail twice a week to provide vaccines to people who were recently taken into custody.

Now, the department has a fridge stocked full of vaccines. Yazel says they have enough to meet the demand, but other counties looking to prevent Hepatitis A could face barriers.

“We don’t have an unlimited amount of free vaccines we can give,” he says.

ISDH did recently get additional Hepatitis A vaccines that 28 at-risk counties can request so they can vaccinate certain populations. That includes injection drug users, those experiencing homelessness, people who were recently incarcerated, and men who have sex with men.

Some Hoosiers Worry About Eating Out During Outbreak

Because Hepatitis A can spread through contaminated food, some Hoosiers worry about going out to eat.

Lawrence County has more than 20 cases of Hepatitis A associated with the outbreak, and four restaurant workers contracted the virus. When that happens, the county health department alerts the public because of potential exposure.

Lewis says she knows many people, including her fiance, who went to the health department for a vaccine. But she thinks avoiding restaurants is a better prevention tool.

Yazel says that’s not the case. He says not a single case of Hepatitis A in Clark County is the result of someone simply eating at a restaurant. And, he says this outbreak is different from others.

“The classic Hepatitis A exposures have been where you have someone with contaminated hands, works at a restaurant, say the salad bar, then the next day or next few days you have 1,500 people who come down with Hep A,” he says. “We’re not seeing that with this.”

Still, he expects to continue seeing an increase in Hepatitis A cases for at least the next 18 months.

Tags:hepatitis AIndiana State Department of Health
Support independent journalism today. You rely on WFYI to stay informed, and we depend on you to make our work possible. Donate to power our nonprofit reporting today. Give now.