Two virtual schools being investigated by the state could close as early as this September. The school district that authorizes the schools began the process of revoking their charters at a special meeting Thursday night.

Daleville Superintendent Paul Garrison says the schools have failed to comply with a closure agreement they signed. He says hundreds of upset parents have called the district, with many saying they can't get their child's transcripts from the virtual schools.

"IVS and IVPA let their students down," says Garrison.

The vote starts a 30-day timeline for the virtual schools to respond. Then there will be a public hearing and a final vote. If that final vote revokes the charters, both schools will likely close on Sept. 30, 2019.

For Angie Pogue's son, a senior at Virtual Pathways, that means he might not graduate. The Indianapolis parent says her son on the autism spectrum can't go to traditional schools because of bullying.

"This school is my son's safe haven," says Pogue. "And he has struggled, but this school has made it possible for him to continue his education."

And some parents are already transferring their children. Lisa Adams says she moved her son from Indiana Virtual Pathways Academy to Indiana Connections Academy two weeks ago. She says her family received no notice of the school's upcoming closure until she called to ask about new classes.

A new legal representative for the virtual schools - hired Thursday afternoon - says the schools' administration wants to have as much time as possible to work with the Indiana Department of Education to graduate students or find new school opportunities for them.

"When I was in there this afternoon, [Superintendent] Dr. [Percy] Clark signed at least four diplomas," says Mary Jane Lapointe, an attorney at Lapointe Law Firm in Indianapolis. "So we need him in there. We need this process to keep going."

The State Board of Education Thursday passed a resolution that requires Daleville to work with the virtual schools on a "smooth and orderly closure and transition for students and parents."

Daleville says it can't see the transcripts of the virtual students by law, because it's a separate district. It's asking other districts statewide to admit former virtual school students without transcripts until those can be provided.

Some Indiana school districts begin classes as early as next week.

Tags:virtual charter schoolsDaleville Community SchoolsIndiana Virtual SchoolIndiana Virtual Pathways Academy
Support independent journalism today. You rely on WFYI to stay informed, and we depend on you to make our work possible. Donate to power our nonprofit reporting today. Give now. 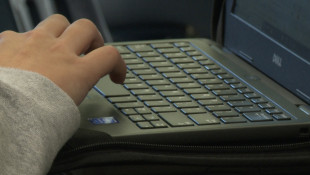 The school district overseeing the two schools says families and students have so far been left in the dark about the future of operations.