LAFAYETTE -- Indiana is seeing a boom in manufacturing job creation – outpacing most of the country. And even more jobs will open up as baby boomers retire.

Many businesses are working harder to fill those jobs with military veterans, like 57-year-old Tim Turner.

Right now, he shares a house on a quiet street northwest of downtown Indianapolis with two other formerly homeless veterans.

"My room's a mess," Turner warns as he heads upstairs. But his space is spare and tidy. He said he spends most of his time there, "watching Netflix on my phone… right now, the 'Walking Dead.'"

Turner is just days away from moving to his own place and starting a job at a medical call center. It's a new beginning, decades after his Army service was cut short by scoliosis.

"Then I just started moving around, living like a gypsy," he said. "I figured if I couldn't see the world when I was in the service, I'd see it on my own."

He worked odd jobs while struggling with depression and drug and alcohol addiction. Finally, he said, groups like the Hoosier Veterans Assistance Foundation, or HVAF, helped him get sober and find work in Indianapolis.

Now, he says he's nervous, but excited about "getting on my own -- getting to experience life without having to use drugs or alcohol to enhance it."

Turner plans to retire in his new job.

"I am very much looking forward to it," he said, laughing. 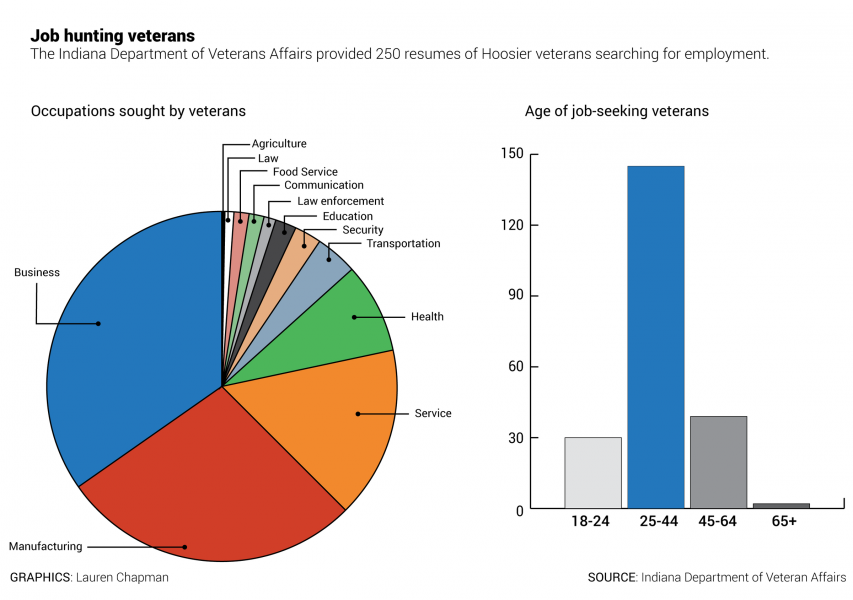 But she said vets do have a lot to offer. And businesses are starting to take notice.

Earlier this month, reps from companies like Rolls Royce and Toyota gathered in Indianapolis to learn more about hiring veterans -- and to get hundreds of their resumes. 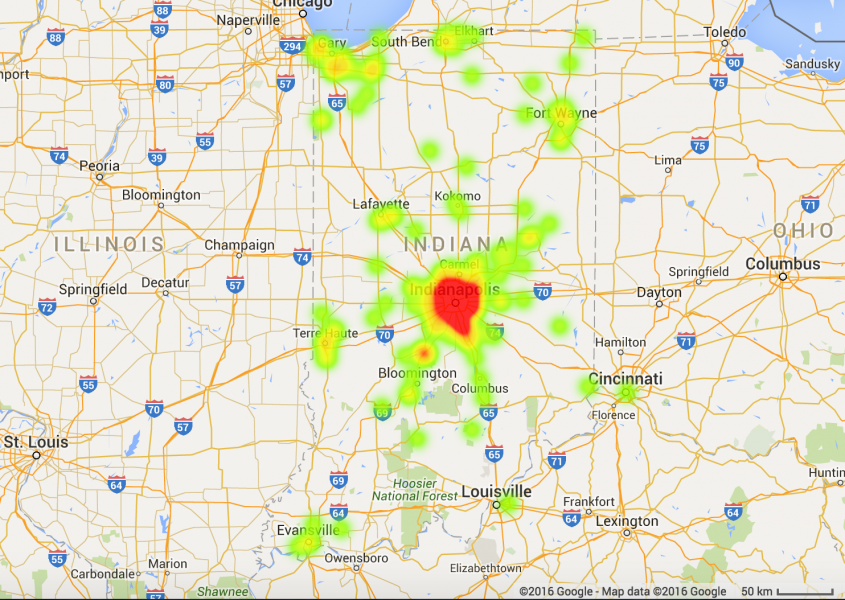 
State officials talked about how vets struggle to translate military qualifications into civilian-speak, and face mental health challenges in the workplace.

But businesses that already employ lots of vets also say it's worth it: they're problem-solvers, strategists with technical skills and a tendency to come to work sober, on-time and in uniform.

Toyota Indiana HR manager Bill Dyer says that can be hard to find. Plants like his, in Princeton, see dozens of jobs turn over every month. But he says veterans are a reliable fit.

"The military has standard operating procedures," said Dyer, who, like many business reps who attended the summit, is a veteran himself. "So that link is very tight with how the military operates and how a manufacturing organization operates."

Though employers can't legally prioritize hiring veterans, they do go out of their way to find them -- even advertising at Fort Campbell, on the Kentucky-Tennessee border.

That's because the openings will keep coming, too. The state expects to have a million jobs to fill over the next decade, and its workforce development programs offer special resume and interview help just for vets to be ready to apply.

Still, even with assistance, that can be a slow process. Obadiah Smith Jr., a chaplain at Grissom Air Reserve Base near Kokomo, would know.

"I'm currently unemployed and actually looking for work," he said. "It's been a tremendous endeavor for me."

Smith is the lone unemployed vet the state had speak at the summit in Indianapolis. He lost his day job right before deploying for four years, and has been job-hunting since he got back in 2013.

"I've been looking at major automotive companies... I even looked at just being a janitor," he said. "Just whatever it meant to have income coming in for me and my family."

Smith, who has two master's degrees and is working on a doctorate, thinks veterans' qualifications can be tough for civilian employers to understand -- and for veterans to condense onto one page.

"I've been told to tone down my resume," he said. Plus -- "I love bowties, as you can see, and I've actually been told, ditch the bowtie."

But he was sporting one at the hiring summit. He said he'll keep sending out applications until something new comes his way.