INDIANAPOLIS -- Indiana's Department of Child Services caseload is up 26 percent over last year.  The state is responding by hiring more than a hundred new caseworkers.

State law sets a standard for the average number of cases each DCS employee should be handling at one time.  The vast majority of the department’s regions have been out of compliance for years.  The state responded earlier this year by hiring 100 new caseworkers and 17 supervisors, but DCS Director Mary Beth Bonaventura says since then, there’s been a spike in demand.

“That the men and women who are willing to step forward, to answer a call to come alongside vulnerable kids in Indiana have the resources and the training and the broad support in the organization to do that job and do it effectively,” Pence said.

Pence says the new hires will cost a little more than $7 million. He says the exact funding source hasn’t yet been identified, whether from within or outside the DCS budget.

Tags:Indiana Department of Child Servicescaseworkers
Support independent journalism today. You rely on WFYI to stay informed, and we depend on you to make our work possible. Donate to power our nonprofit reporting today. Give now. 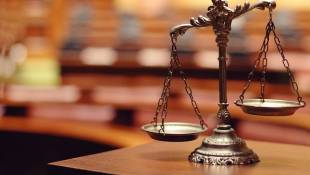 Marion County's juvenile court system is being overwhelmed with child neglect cases, a spike that is a repercussion of a soaring drug problem among parents.