FORT WAYNE, Ind. (AP) — A contractor with the U.S. military says it's getting rid of 360 jobs in its Fort Wayne facility as it moves radio manufacturing to an existing plant in Rochester, New York.

Harris Corporation announced Wednesday that job cuts will begin this fall and finish by the middle of next summer. WANE-TV reports that about 900 people currently work for Harris in Fort Wayne, and that the cuts only affect the division that makes radios.

The Fort Wayne facility was formerly run by Exelis, which was purchased this year by Harris for more than $4 billion. White says Harris' Rochester plant can absorb radio production that's currently happening in Fort Wayne.

Tags:Fort Waynejobsdefense
At WFYI, our goal is to cover stories that matter to you. Our reporting is rooted in facts. It considers all perspectives and is available to everyone. We don't have paywalls, but we do need support. So if unbiased, trusted journalism is important to you, please join us. Donate now.

Indianas first election to feature widespread mail-in balloting concludes with an in-person primary that was delayed four weeks due to the coronavirus pandemic.
Read More 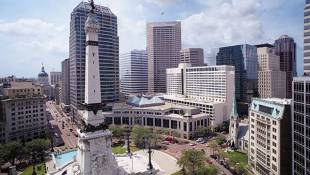 Many businesses in downtown Indianapolis were damaged following rioting and vandalism.
Read More 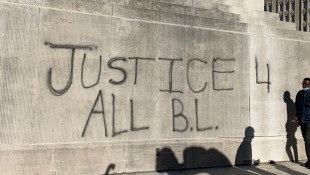 Protests Continue And Use Of Force Addressed