Indiana health officials say people who had contact with a bat last week during an Indiana Pacers game have possibly been exposed to rabies.

The Indiana State Department of Health says anyone who may have touched the bat with bare skin when it flew around at the Pacers game Thursday in Indianapolis is urged to contact the department or a health care provider about receiving rabies vaccinations. The game was against the Los Angeles Clippers.

The department says the rabies status of the bat, which is no longer inside Bankers Life Fieldhouse, is unknown.

Health officials say a person is considered potentially exposed to rabies only if direct contact occurs between a bat and the person's bare skin. So far there have been no reports of anyone having direct contact with the bat.

Tags:Indiana Pacersrabies
At WFYI, our goal is to cover stories that matter to you. Our reporting is rooted in facts. It considers all perspectives and is available to everyone. We don't have paywalls, but we do need support. So if unbiased, trusted journalism is important to you, please join us. Donate now. 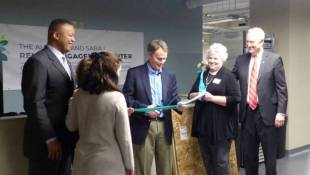 The Reuben Engagement Center, REC, will not re-open at its original location after changes made during the pandemic. Some say that is a mistake.
Read More 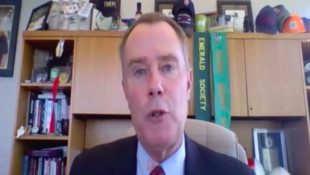 Indianapolis and county officials reinstated restrictions Thursday on businesses, gatherings and when schools can open for in-person instruction in response to increase of COVID-19 infections. 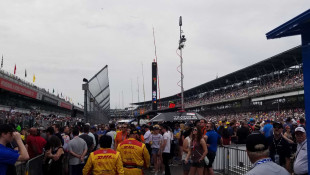 Race fans will have to undergo a temperature check at the gate and will receive a face mask and hand sanitizer. Seating will also be spread out to practice social distancing.
Read More