Deep divisions between the House and Senate are emerging over how to make road funding and the state budget work together.

Last week, House Republicans changed their road funding plan, House Bill 1002, to immediately shift all sales tax on gasoline to pay for roads. That opens up a $600 million hole in the General Fund.

The House Republican budget, House Bill 1001, includes a $1-per-pack cigarette tax increase, which would generate more than $570 million in the next two years.

While budget author Rep. Tim Brown (R-Crawfordsville) says the cigarette tax money will go specifically to Medicaid, he notes that it helps free up dollars in the General Fund.

“It helps us build our structurally balanced budget and makes [House Bills] 1002 and 1001 work together,” Brown says.

“I think that’s a plug number to try to help diminish the problem you get into with the sales tax on gas issue,” Kenley says.

The House Republican budget will head to the Senate by the end of the month.

Tags:gas taxroad fundinggasoline tax2017 legislative sessionstate budget
At WFYI, our goal is to cover stories that matter to you. Our reporting is rooted in facts. It considers all perspectives and is available to everyone. We don't have paywalls, but we do need support. So if unbiased, trusted journalism is important to you, please join us. Donate now. 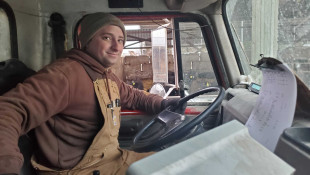 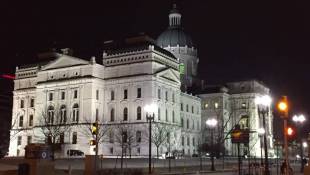 The House budget gets rid of the program and re-invests the $40 million into general K-12 spending.
Read More
@WFYINews Twitter
Tweets by @WFYINews
Now Playing