DNR: Stay Away From Low-Head Dams At Any Cost

Ron Lewis is the general manager of Rusted Moon Outfitters, an outdoor sporting goods store in Broad Ripple. He’s been active in water paddling sports for more than 40 years. So, he knows what he’s doing.

But Lewis is frustrated, and that’s because of low-head dams.

A low-head dam is a man-made structure. They were put in place across the state around a century ago and for various reasons, like to power a mill, for example. Some are still being used today to create water supply. The structures can be deceiving.

“They look so simple, they look so innocent, but the physics are so strong,” Lewis says. 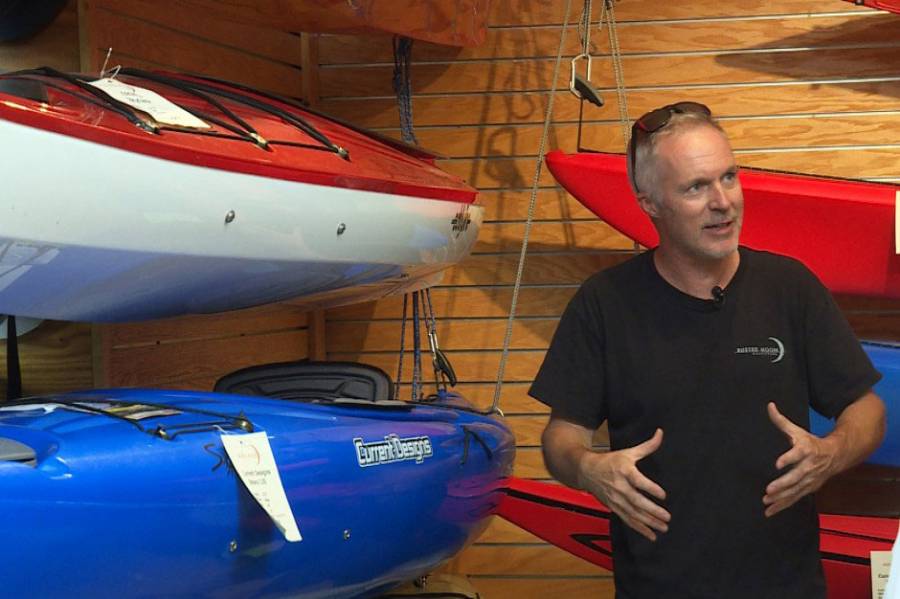 There are around 150 of these dams across Indiana. But Lewis’ frustration isn’t directed at the dams. It’s directed at the people coming into contact with them. He says people using the rivers need to be better prepared. Over the past months several kayakers, and those using water ways have been sucked into what are known as low-head dams on Indiana’s waterways. First responders rescued some, but others lost their lives.

The drop offs on the dams can be rather small, some just about a foot or so. But when a kayaker, swimmer, or fisher gets caught in one, the result can be deadly.

“The water will push them down. Because we’re buoyant we will come off the bottom, we’ll come right back up in that back wash, and it’s almost like a washing machine, a circle,” says Capt. Bill Browne with the Department of Natural Resources. “It will trap anything in that, that’s the danger in a low-head dam.”

Indiana ranks 10th in the country for people who have died when caught in a low head dam. According to the Indiana Department of Homeland Security, at least 28 people have died in Indiana in the last 20 years due to a low head dam. Although extensive research has been done to compile the records, the department says it’s possible the list isn’t complete. Browne says 35 percent of deaths are people trying to rescue someone else.

“If you see someone here and you don’t understand the boil, and you think you’re going to go save them, you become a victim yourself, caught up in something you can’t escape,” Browne says.

Browne says it should be a throwing rescue only.

You can get what’s called a throw bag at sporting goods stores. When rescuing someone, you throw the bag over the victim’s shoulder, grasp the rope, all while directing the victim to lay on their back and kick while you pull them to safety.

The message to keep your distance from low-head dams is not new. Some of the dams have had safety mechanisms installed to decrease the intensity of the churning water. Some have even been broken up and removed, but that can be costly.

Marty Benson, DNR assistant director of communications, says another option would be to install more warning signs, but that presents its own challenges.

“Once you get into the current of a low-head dam, it’s too late to turn around, so do you put it way upstream?” he says.

Overall, officials agree that those interested in using Indiana’s waterways need to be aware of low-head dam dangers through research and education. Benson says those planning to paddle in Indiana’s waterways should look up their route beforehand and utilize information online. If there is a low-head dam in the path, paddlers should stop off and carry their equipment around the dam.


Note: Locations of many dams are estimated. If you know the exact location of a dam, please email news@indianapublicmedia.org

Lewis couldn’t agree more. He says some of the fatal drownings could have been prevented. But he also has another important message for the public.

“This isn’t something we shouldn’t do, this is just one other safety rule,” Lewis says. “Wear a life jacket, be sober, paddle with experience.”

Tags:Indiana Department of Natural Resourceslow-head dams
Support independent journalism today. You rely on WFYI to stay informed, and we depend on you to make our work possible. Donate to power our nonprofit reporting today. Give now.

The Indiana Department of Environmental Management said proposed changes at the Metalworking Lubricants Co. may reduce pollution. But residents are skeptical anything will change.
Read More

The Vera Institute of Justice published a study earlier this month, which focused on Vigo County. The study found that while jail populations are decreasing in urban areas, they are increasing in rural ones like Vigo County. Researchers say it’s not due to an increase in crime, but rather jail expansions and policy decisions.
Read More

A recent investigative series reported by the Indianapolis Star found that people are dying in Indiana jails at an alarming rate.
Read More 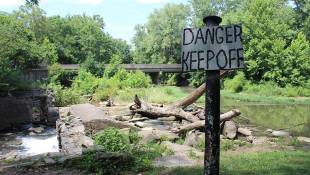