I hope it snows.  Like, really snows – as in the kind of fluff that would make the Abominable Snow Monster swoon.  You may think I’ve taken leave of my noggin when you realize I’m stating this while driving a Dodge Challenger – the most classically inspired muscle car of all muscle cars.  In the old days, snow and muscle car would have meant perfect doughnuts with no forward progress.  But, that was before Dodge stuck all-wheel-drive under the Challenger and crammed in an efficiently powerful V6.

Standing on the outside, it looks like most Challengers before.  Classic quad round headlamps, long hood, kicked up beltline, and wide taillamps collude for a visual impression as recognizable as Lincoln’s nose.  It certainly won’t need a DNA test to determine its parentage.  Look a little closer to notice projector beam headlamps, LED taillights, and dual bright exhaust tips.  I even like the “Confusion Blue” paint that looks blue, purple, or black, depending on angle and sunlight.  Place it all over 19-inch Hyperblack alloys shod in all-season performance tires.

Click open the door and slip into the sueded seats.  Check the large analog gauges fronted by a leather-wrapped steering wheel.  Crank up the heat and ventilation front seats; grip a heated steering wheel in winter.  There’s a lot of black vinyl on the dash and doors as in the old days, but it’s all soft-touch.  Machined aluminum-look wrap around console adds a visual bang while keeping cupholders at hand.

Chrysler’s Uconnect system controls audio, climate, and navigation, by touch, voice, or redundant buttons and knobs below.  Icons on the touchscreen and direct-dial for radio stations make it one of the world’s easiest to use – as do Apple CarPlay and Android Auto compatibility.

But, comforts go beyond a kickin’ 506-watt Alpine audio system.  Big deeply-padded seats are trans-continent comfortable and real humans can ride reasonably comfy in back.  Fold down rear seats allow skis, luggage, and sports gear to fit easily.  Adjust the dual-zone automatic climate control, and slap it down the road.

OK, let’s be honest; the Challenger GT does not have a big-bore American V8 under the hood.  If you want that, go bats for a Challenger SRT and its 485 horsepower 6.4-liter V8, or much better still, the unholy Challenger Hellcat and its 707-horsepower supercharged V8.  Those cars will smack your backside and leave you wanting more like no muscle car before.  But, that’s not the Challenger GT’s dance.

Under the snarling hood is a 3.6-liter V6 delivering 305 horsepower and 268 lb.-ft. of torque to the wheels through an eight-speed automatic transmission.  Not long ago, it took a large V8 to produce those numbers.  Making the Challenger GT even better is the addition of all-wheel-drive, cribbed from platform-mates Dodge Charger and Chrysler 300.  This is the first muscle car that, with proper snow tires, makes dust of blown roads.  Wake up to 8 inches of snow?  Hop in the Challenger and go!  Write home to the 1970s and boast of 18/27-MPG city/highway too.

I always find the Challenger a surprisingly pleasant car to drive.  Sure, you have to look around that thick C-pillar when backing, but a wide-angle camera can seemly see through solid objects.  The Mercedes-derived chassis soaks up rough pavement like an iron sponge and is the perfect companion for a long drive or quick romp.  Mated to the V6, it could just as easily be German as American (though, it’s built in Canada).

An alternative view would highlight the Challenger’s styling that hasn’t changed much in a decade and the underlying architecture dates to the late 1990s.  The car is probably due for a significant update after 2020 – likely switching to a version of the Alfa Romeo Giulia’s platform.  That may herald a slightly smaller Challenger, but with sharper handling.  For sure, though, it will never replace the old school meets modern tech that is the Challenger GT AWD.  And when snow finally fell, the car wasn’t the least bothered – handled it like no muscle car before. 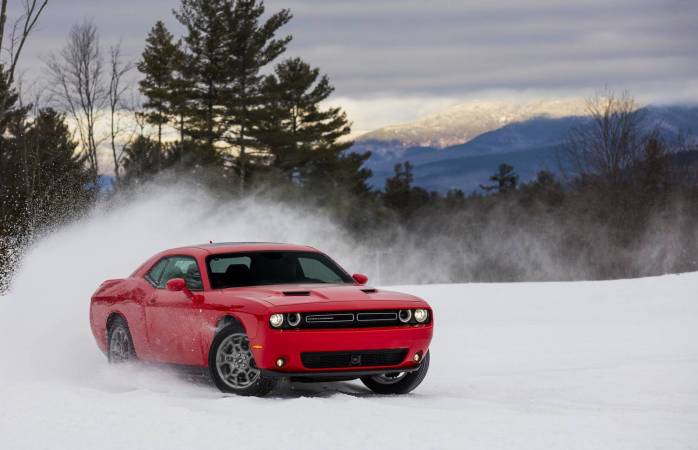 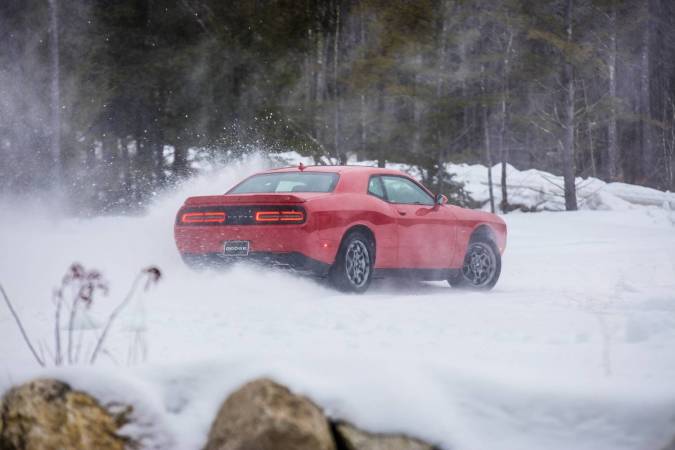 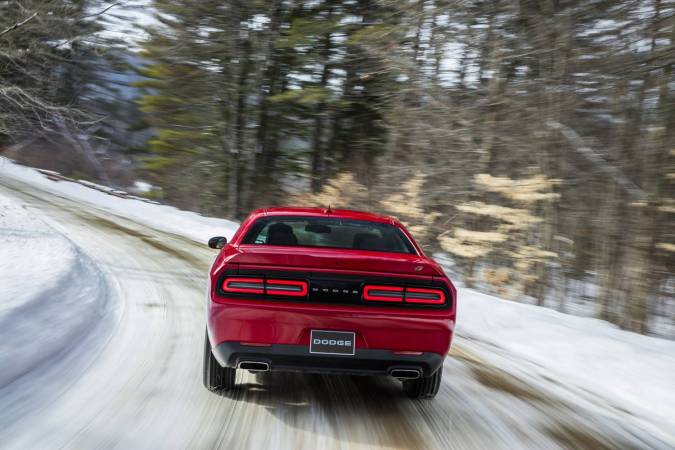 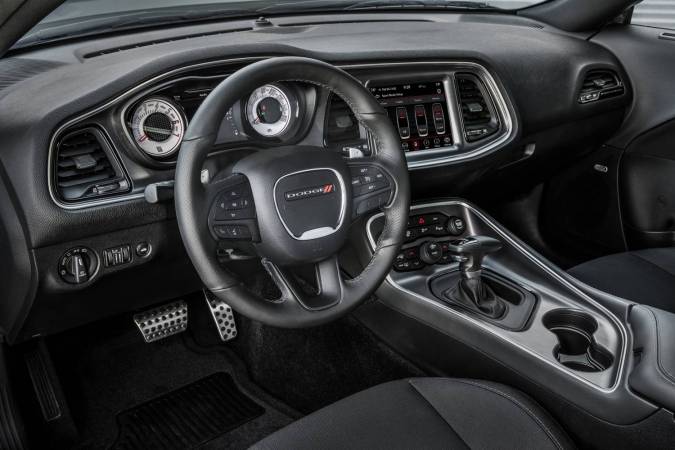 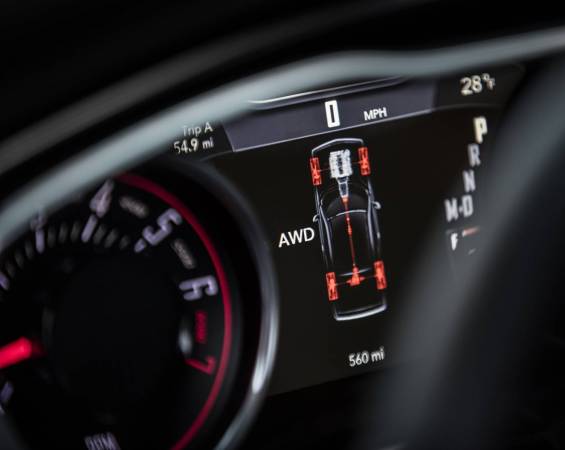 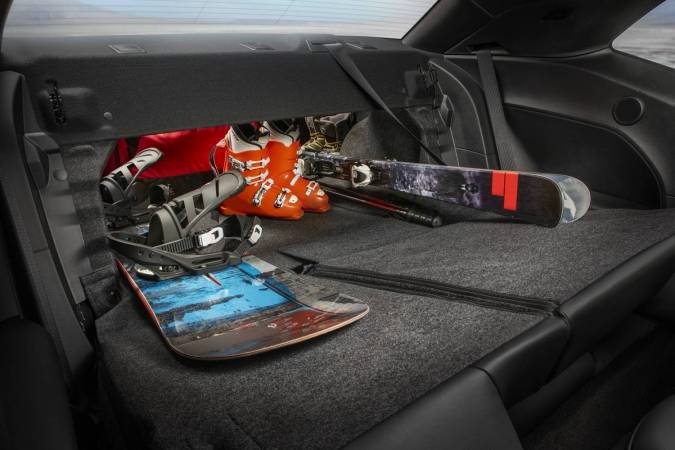 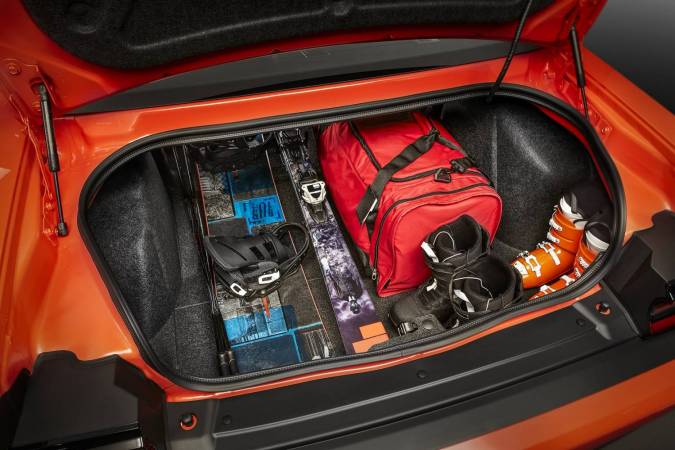 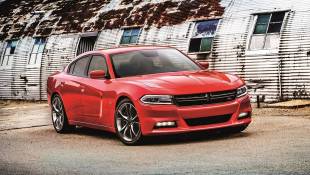 It looks like the car Bo and Luke Duke would buy after children, but handles like the big German car on which it is based. 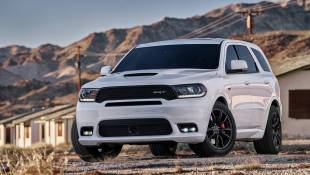 Durango's basic architecture was developed while Mercedes was a sibling of Dodge under DaimlerChrysler and is shared with the Jeep Grand Cherokee and recent ML/GL crossovers. 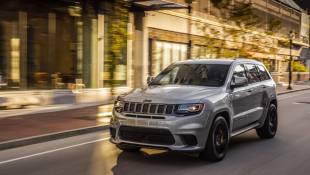 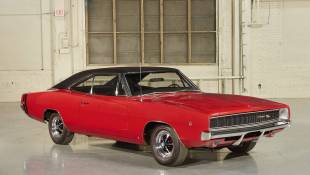 Hindsight is always clearer, but when you see how much these classics are worth today, you'll definitely wish you held onto your first car.