Don Hibschweiler is WFYI's local host of Morning Edition, but he will officially retire this week after more than five decades in radio.  WFYI’s news anchor and reporter Taylor Bennett sat down with Don to talk about his long career behind the mic.

Bennett - Eighth anniversary. So, that's a long time of getting up early.

Bennett - So are you gonna miss it? I mean, getting up early,

Hibschweiler - Not getting up early. No.

Hibschweiler - I hope to sleep in 'til five.

Bennett - You'll have to tell me what that's like.

Bennett - Is sleeping in at least until five?

Hibschweiler - Until five, you know, maybe four, and then hibernate after that.

Bennett - I think a lot of people want to know what you're going to be doing in your retirement.

Hibschweiler - Travel, although that's not too bright a picture with gas prices the way they are. But, I came up with the idea of trying to visit as many Frank Lloyd Wright-designed and built houses or across the U.S. that are available for tours, probably starting with one in West Lafayette. There's one right across from Mackey Arena in a little subdivision there, Samara House, that you can visit by appointment. And the main one would probably be, the one I think most people know, is Falling Water near Pittsburgh. That's a very cool-looking house. I'd like to visit that one.

The other is, I had a bucket list of recording studios to visit I visited Motown in Detroit Sun Records in Memphis, RCA Studio B in Nashville. So I'd like to see the Norman Petty studio in Clovis, New Mexico. It's where Buddy Holly recorded. And also Abbey Road. Kind of cool,  I think.

Bennett - So some nice travel plans for you.

Hibschweiler - We probably won't get any further than Greenwood.

Bennett - With the gas prices what they are right now. You have had a very long career in radio 55 plus years. You must have started when you were, like, what five?

Hibschweiler - Fourteen, although I'd hang out at the radio station when I was 12 — my hometown station — and just bug them, you know? And they said, "Well, first, you have to have an FCC license." So I got my FCC license when I was 13. And I finally got on the air when I was 14. And they put me on Sunday mornings. So I'd be on every Sunday morning. Couldn't drive at 14, so my dad would drive me there. But first, we stopped at like the police station in the fire station because I'd have to check to see what their runs were the night before and write local news on Sunday morning and do newscasts.

Bennett - So you were a reporter, right at the age of 14?

Hibschweiler - Oh, yeah, right off the bat. Because in the summertime, a lot of people at the station would go on vacation. So then you would have to, as the part-timer, cover for them. So you do the news. We had farm directors. Sometimes you do the farm show — like to quote those barrows and gilts — and, you know, different things. You'd learn different things. And the radio station did everything like that, like small-town stations used to do. And so you'd learn a little bit of everything.

Bennett - Did you ever do pet patrol?

Hibschweiler - Yeah, we had patrol. We had Swap Shop. Like the Craigslist of radio, back in the day on the AM radio.

Bennett - You know, working 55 plus years in any industry. And I say, especially radio because radio has changed a lot over the years is quite the feat. I mean, obviously, you have a true passion for it.

Hibschweiler - You have a challenge to it to a certain extent and how you can adapt to the change. And how you can change to fit where the jobs are, or where the openings are.

Bennett - And then you find yourself in public radio.

Hibschweiler - Yeah, again, that's the opportunities because I used to work at 93 WIBC — with you. And driving to work, I'd drive by the WFYI building here on Meridian Street, and I saw a banner for IRIS, which is the reading service WFYI offers for the blind. And I thought, "Oh, that'd be cool to do that sometime. I'd like to do that." But you know, kept driving to work.

And when I left WIBC, I thought, "Well, I should volunteer and do the IRIS reading." So that's how I got here as I started working for IRIS and then got word that they're looking for a part-time news person to help fill in and help Scott Hoke out on Morning Edition. So I filled in for Sharon Alseth, sometimes on Morning Edition, and then they are like, "Hey, can you work on All Things Considered?" And so I started doing that, and they said, "We'd like you to stick with All Things Considered."

So I did All Things Considered for two years as the host, and then Scott left, and they were looking for somebody to fill in for Morning Edition, but I didn't want to do that. Who wants to get 3:30? So, eventually, I did.

Bennett - Anything that you would like to say to your listeners?

Hibschweiler - Appreciate you waking up and allowing me to be there with you in the morning, and appreciate you supporting the radio station so that we can do what we do here.

Bennett - We're gonna miss you. I'm going to miss you. We've had a long career together. So I hope you enjoy sleeping in. Again, let me know how that is.

Bennett - I just got up.

Bennett - Well, enjoy your retirement. The best of luck and everything, and get that traveling in. 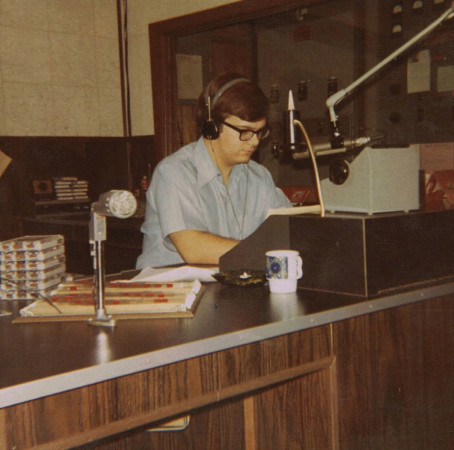 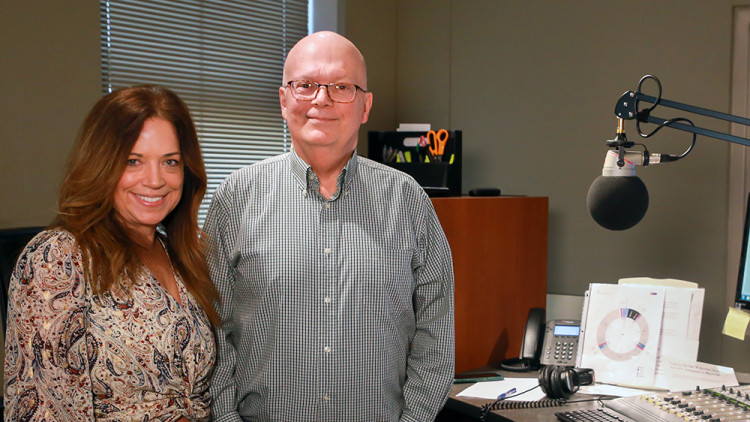 Tags:wfyiDon Hibschweilerpublic radioRadio
Support independent journalism today. You rely on WFYI to stay informed, and we depend on you to make our work possible. Donate to power our nonprofit reporting today. Give now.