Donald Trump Gets an Assist From Bob Knight

Trump’s speech at the State Fairgrounds lasted nearly an hour, and he spoke about Ted Cruz choosing a running mate for barely a minute.  Trump mostly dismissed Cruz’s move.

But the star of the show Wednesday might not have been Trump.  Rather, it was the rally’s special guest – former Indiana University basketball coach Bob Knight.  Knight calls Trump “the most prepared man in history to step in as president.”

“They talk in a negative way when they want to about Donald and they talk about…he isn’t presidential.  And I don’t know what the hell that means,” Knight said.

Trump will campaign in southern Indiana Thursday, while Ted Cruz sweeps across the northern part of the state.

Tags:Election 2016IndianapolisDonald TrumpIndiana politicsBob Knight
Support independent journalism today. You rely on WFYI to stay informed, and we depend on you to make our work possible. Donate to power our nonprofit reporting today. Give now. 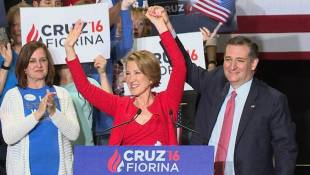 Republican presidential candidate Ted Cruz announced Wednesday at a rally in Indianapolis that former candidate Carly Fiorina is his pick for vice president. 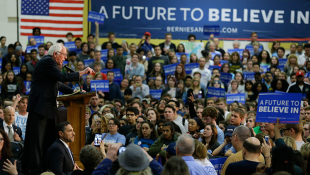 Sanders Vows To Stay In Race Despite Tuesday's Big Losses

On a campaign stop at Purdue University Wednesday, Democrat Bernie Sanders said he's staying in the presidential race to win it, even after his losses Tuesday make it increasingly unlikely for him to secure the nomination.