Will there be a brilliant fall color show?

When will fall leaf colors peak? Normally, Indiana sees more yellows, oranges, and reds at this time of year. But the weather plays a factor in when that happens.

Carrie Tauscher, the State Community and Urban Forestry program coordinator with the Indiana Department of Natural Resources, says temperatures have been unseasonably warm for this time of year.

“I think the ques have been a little bit later this year. But also, we had a very late season drought in August and September,” Tauscher said.

Sunny days and clear, chilly nights are perfect for leaves to change.

Tauscher said the brilliant fall color leaves will appear at different times across the state.

“I think northern Indiana got a little more precipitation, so they’ll be seeing their fall color relatively on time,” Tauscher said.

While it may be a less vibrant fall, Tauscher said it's still worth going out and enjoying the outdoors. She said Clark State Forest near Henryville may be a lesser known area to view beautiful fall colors, as well as Owen-Putnam State Forest in Spencer.

Tags:#fall#leavesIndiana
Support independent journalism today. You rely on WFYI to stay informed, and we depend on you to make our work possible. Donate to power our nonprofit reporting today. Give now. 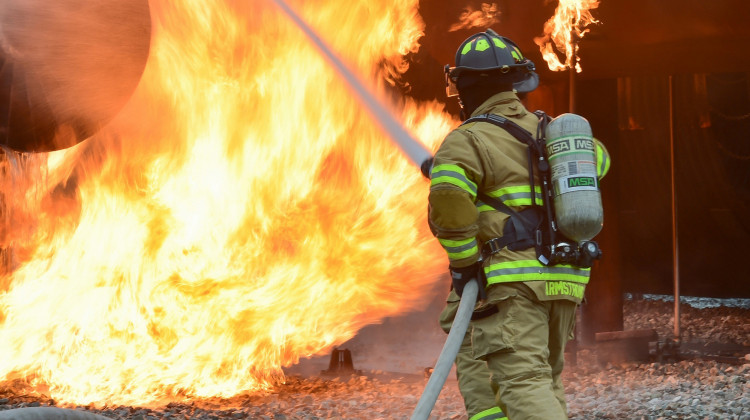