Downtown Martinsville Businesses Optimistic About Plan To Close Part Of SR-37The Indiana Department of Transportation wants to close the stretch of State Road 37 for one construction season in order to expedite I-69 construction.urlInterstate 69, State Road 37, Martinsville, Indiana Department of Transportation2018-09-18T00:00:00-04:002018-09-18T00:00:00-04:00

Some downtown Martinsville business owners think the state’s plan to close a portion of State Road 37 to thru traffic in 2021 could be good for them.

The Indiana Department of Transportation announced the proposal during a reevaluation meeting Monday night.

The agency wants to close the stretch of 37 from State Road 39 to Morgan Street for one construction season in order to expedite Interstate 69 construction.

Traffic would be diverted to State Roads 39 and 67, which pass by a local road heading downtown.

Jackie Blackwell owns Come ‘n Git It restaurant on the square. She says about 20 percent of her customers come from out of town, and she hopes that number will increase during construction.

"So it will just bring more out of towners to come down and see what we’re doing here, which is a great thing for Martinsville," Blackwell says.

But others worry about the impact on the dozens of businesses that line the stretch of State Road 37 in Martinsville.

Resident Florence Critchfield says it will be a hassle to access them.

"How are we supposed to get to Indy’s or Taco Bell or Arby’s or any of those over there if it’s closed?" Critchfield says.

Tags:Interstate 69State Road 37MartinsvilleIndiana Department of Transportation
At WFYI, our goal is to cover stories that matter to you. Our reporting is rooted in facts. It considers all perspectives and is available to everyone. We don't have paywalls, but we do need support. So if unbiased, trusted journalism is important to you, please join us. Donate now. 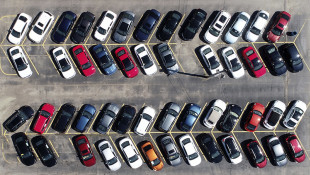 Working From Home During COVID-19? It Might Be A Good Time To Buy A New Car

COVID-19 has many of us working from home, but we still need cars. In the age of Zoom, e-mail, and smartphones, we can complete most of the process from home. And given incentives, there are some great deals.
Read More

Summer Jobs May Be Elusive For Teens This Year

As the school year ends and summer begins, its traditionally a time when teenagers get summer jobs. But there may be fewer Hoosier teens employed this summer due to the global pandemic.
Read More 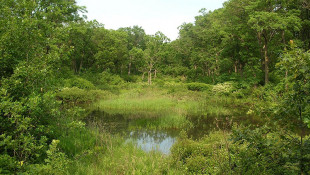 Indiana's environmental organizations are struggling to stay afloat as the coronavirus pandemic has halted spring events that usually attract members and donors, which are crucial for their operations.
Read More