Beginning Jan. 2, traffic heading north on State Road 37 will be re-routed on to State Road 39. Drivers from points north will also be required to detour onto 39 if they are heading to Martinsville or Bloomington.

State Road 37 in Martinsville will be closed from the 39 interchange to Morgan Street through at least the end of 2021, as crews work on the final stretch of Interstate 69.

“It's a big-time saver for the project, it's actually saving an entire construction season to complete this main line work right there in Martinsville,” INDOT Regional Spokesperson Natalie Garrett said.

As if the COVID-19 pandemic wasn’t bad enough, the detours and construction is a double whammy for local businesses like Indy’s. 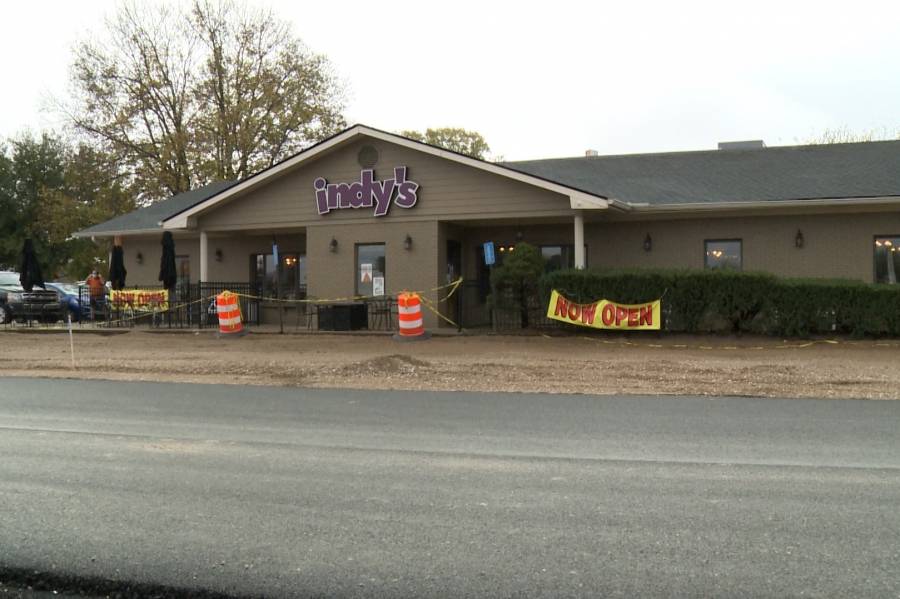 “Since we have opened back up, I mean, we've gotten busier and busier. But at first it was really slow. People were scared to come out. You know, we've had to do shorter hours because we lost some employees from being laid off,” Manager Amy Pruitt said.

Now the restaurant, located at Burton Road and State Road 37, is facing another roadblock: I-69 construction.

INDOT took a large sign and about 25 parking spaces away from Indy’s to make room for a future off ramp.

“They said, what 45 years ago when it got put up, they didn't get a permit from it for it. So we didn't get reimbursed for that at all,” said Pruitt.

INDOT officials say the sign was located on state right-of-way.

Pruitt placed a temporary sign outside to alert customers to an area behind the restaurant where they can park, but drivers do not always notice the sign.

“Always parking issues, we have to have people move their cars because people are blocked in or they can't get into the park or Taco Bell or they say we would have come yesterday but there was nowhere to park,” Pruitt said.

Drivers can take 39 to State Road 67 and either detour back to State Road 37 on Highway 144 or continue on 67 toward Mooresville and Indianapolis.

To accommodate for the extra traffic, INDOT expanded State Road 39 to 4 lanes in Martinsville, but only up to the railroad tracks beyond that the road will remain one lane in each direction.

“Because that's in the floodplain, it would have been a much more extensive amount of construction that would have involved physically lifting the roadway, the railroad would have been involved to adjust their grade there as well,” Garett said.

Martinsville Mayor Kenny Costin is aware the detour will bring extra traffic into his town. 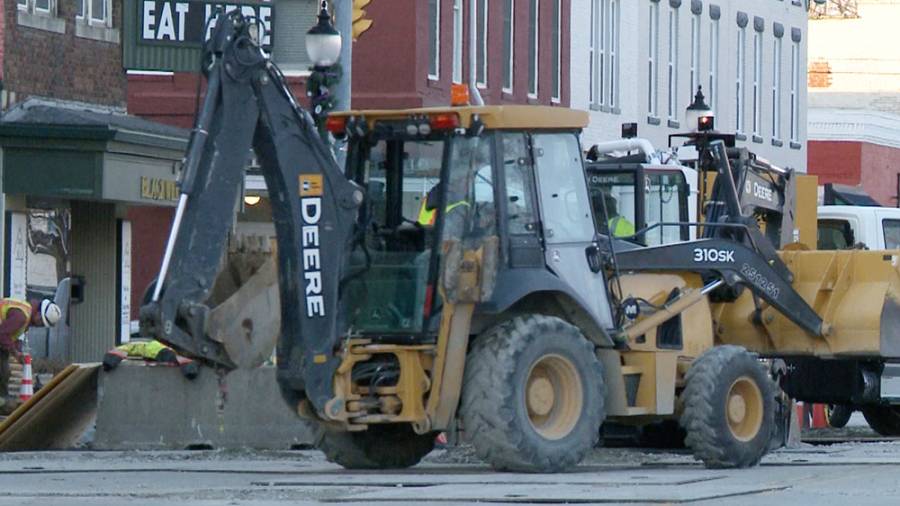 “It's going to be a nightmare. I mean, there is no easy way to put it. But we just all need to remain calm, we realize that we're all going to be frustrated, have a little patience,” Costin said.

I-69 is not the only construction project going on in Martinsville. The Ohio Street and South Street projects will involve some resurfacing and the addition of sidewalks.

“The infrastructure is so old, that if we don’t replace it, the vibrations, we’re libel to have breaks, it will be a nightmare trying to fix something when we have all this traffic coming through the downtown,” Costin said.

The I-69 project has been in the works for decades. Officials anticipate the final portion of the interstate, connecting Martinsville to I-465 in Indianapolis will be complete by 2024.

“Very significant, especially to those in the southwest corner of the state will give them more direct path to Indianapolis and then points beyond,” Garrett said.

Costin thinks Martinsville will ultimately benefit from the interstate. He hopes construction on the section through his town doesn’t hit any roadblocks and is completed in time for the city’s bicentennial in 2022.

“I think Martinsville was going to be positioned to boom, I think that we've got a lot of great things are going to happen. We've got some things that are happening on our downtown area. So I think it's all going to come together,” Costin said.

But for Pruitt, the roadmap to a new interstate through her town comes with a price she doesn’t want to pay.

“It's really sad really to see like all the trees down and when you go down the highway now and like everything just rolled over, you know, all the houses that they've taken out really different,” Pruitt said.

In 2021, INDOT says State Road 37 reduced to one lane north of Martinsville as crews upgrade the lanes on the opposite side.

Tags:I-69 CorridorInterstate 69State Road 37Martinsville
Support independent journalism today. You rely on WFYI to stay informed, and we depend on you to make our work possible. Donate to power our nonprofit reporting today. Give now.