East Central Indiana is getting its chance to be recognized as a “talent region” by the state of Indiana.  The distinction comes with promises by local leaders to find ways to attract and keep talented workers.

Among the goals of the state’s newest talent region – the counties of Delaware, Grant, Henry, Jay, Randolph, Rush, and Wayne – is to get people to stay in those counties to live and work.  The region has lost population for years.  Now dozens of organizations working on a collaborative plan want to reverse that trend by the year 2030.

To do that, they’ll focus on increasing the number of people earning some form of post-high school education – by more than 9,000 people by the year 2025.  They’ll also find ways to increase the median household income.  According to state data, Delaware County has the lowest median income in the state, with Wayne, Grant, and Randolph counties only a few places ahead.  The region wants to bump up earning by 1.5 percent each year, going from a current median of $46,075 to $49,530 by 2025.

Though there’s no state or federal grant money that comes with being designated a “talent region,” Indiana Secretary of Career Connections and Talent Blair Milo said that puts focus on the relationships between planning organizations.

“Through the collaborative planning process, it increases the opportunity for additional resources, because now there’s been an effort towards identifying what do we collectively want to work towards, what are the priorities that we have, and evaluate where investments would be most appropriate,” Milo said. 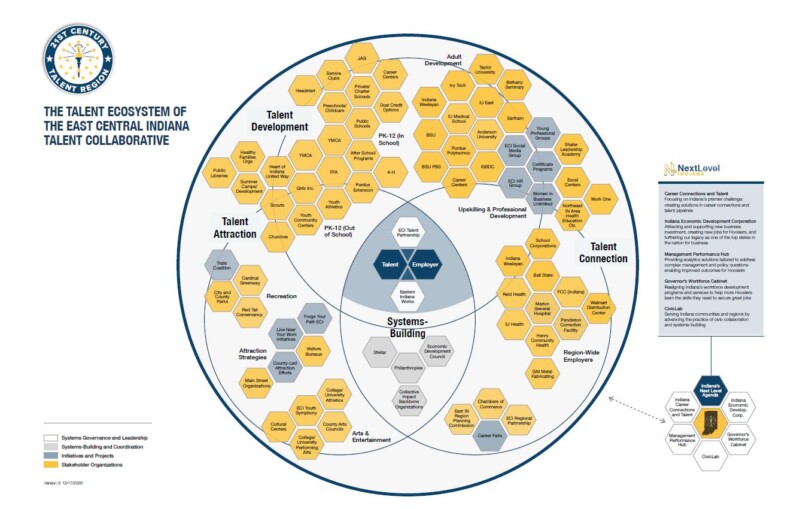 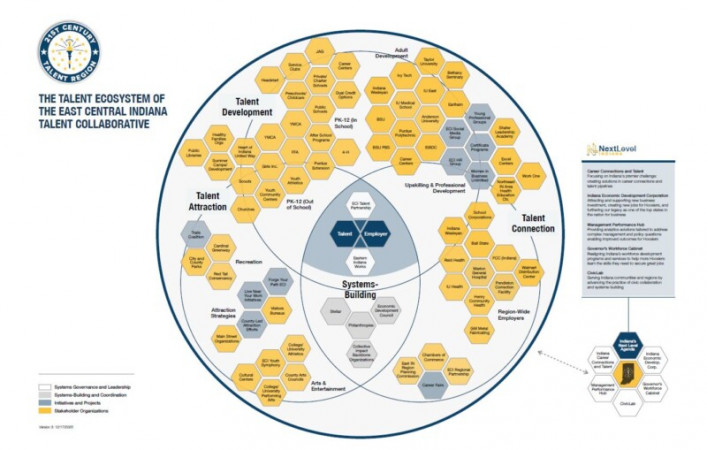 Tags:21st Century Talent Regionworkforce developmentDelaware CountyGrant CountyJay CountyRandolph CountyHenry CountyRush CountyWayne County
Support independent journalism today. You rely on WFYI to stay informed, and we depend on you to make our work possible. Donate to power our nonprofit reporting today. Give now.