East Chicago Mayor Anthony Copeland says a state of emergency should be declared in his city’s lead contaminated Calumet neighborhood.

Copeland met with a group of residents from the lead contaminated neighborhood Dec. 9 and announced he sent letters to Gov. Mike Pence and Lt. Governor Eric Holcomb requesting the emergency declaration.

The neighborhood is a federally designated toxic clean-up site. Its soil is polluted with lead and arsenic left by former factories.

Residents applauded Copeland’s move and his promise to hold regular meetings to keep them informed. But many say more can be done. The Rev. Cheryl Rivera says the companies charged with the cleanup should also attend these meetings.

“That’s going to be the interesting part. They are a part of the problem and they’re part of the solution,” Rivera says.

Friday’s meeting came on the heels of a new revelation some drinking water in the neighborhood is also contaminated with high lead levels. The Environmental Protection Agency says the cause is likely lead in older city pipes and unrelated to lead in the soil.

That’s why Chizewer wants the EPA to let residents become a formal party to the lawsuit governing the clean-up going forward. She and a group of lawyers have made that request in federal court. The EPA and the companies charged with the cleanup will respond that request this week.

The city will hold a meeting Monday to discuss the state of its water infrastructure.

Tags:East ChicagoWest Calumet Housing Complexlead contamination
Support independent journalism today. You rely on WFYI to stay informed, and we depend on you to make our work possible. Donate to power our nonprofit reporting today. Give now. 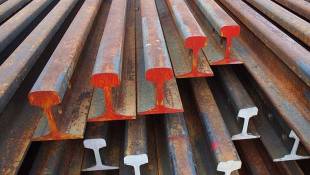