Electric Vehicle Maker To Buy AM General Plant In Indiana

SOUTH BEND, Ind. (AP) — An electric vehicle manufacturer plans to buy an AM General assembly plant in northern Indiana and invest $30 million in upgrades at the facility.

SF Motors and AM General didn't announce a price Thursday for the commercial assembly plant in Mishawaka. The agreement also includes land and some equipment, but the companies say it won't affect AM General's military assembly plant or military-related business.

SF Motors plans to keep all the plant's roughly 430 workers.

The South Bend Tribune reports that since 2015 the plant has made Mercedes-Benz R-Class vehicles for Chinese buyers and the MV-1 wheelchair accessible vehicle, but that contract expires in October.

SF Motors, which is headquartered in the San Francisco area, is a subsidiary of auto manufacturer and supplier Sokon Industry Group in China.

Tags:autoAM GeneralMishawakaSF MotorsSokon Industry Group
At WFYI, our goal is to cover stories that matter to you. Our reporting is rooted in facts. It considers all perspectives and is available to everyone. We don't have paywalls, but we do need support. So if unbiased, trusted journalism is important to you, please join us. Donate now. 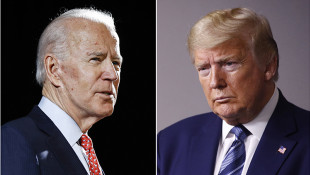 Indiana is among the states and the District of Columbia with primaries on Tuesday. Pennsylvania offers the days biggest trove of presidential delegates.
Read More 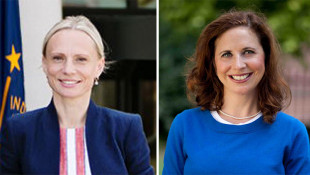 AM General has started building Mercedes-Benz SUVs under a multi-year contract with the German automaker.