Now emails released this week to The Associated Press illustrate similar backlash from fellow conservatives when the eventual vice president agreed to change the law in the face of widespread boycott threats.

"Indiana is fronted by a coward," reads a March 31 email to Pence's office, which was among more than 1,400 pages of documents obtained under Indiana's public records law. "I just watched your boss throw the ENTIRE Christian population in America under the Left's Gay Extortion Bus."

The correspondence from Pence's official and private email accounts, which the AP first requested when he joined President Donald Trump's campaign, offer a window into one of the most challenging periods of his political career.

It was a time when Pence — who describes himself as "a Christian, a conservative and a Republican, in that order — came under intense pressure from moderate Republicans, as well as the state's business community to act in the face of a growing public relations crisis.

It's unclear how many of Pence's emails are being withheld, including those sent from a private AOL.com email address he used to conduct state business. Indiana's open records law gives government officials wide latitude to do so. More than 1,300 pages of records that were previously released largely consist of correspondence from staffers sharing press releases, news articles or laudatory notes from Pence's fans.

Many of the messages between Pence and his top aides are redacted. But emails spanning from March to July 2015 do offer a glimpse of his administration's efforts to battle back against negative headlines from the "religious freedom" law, while closely tracking what conservatives had to say about Pence, who harbored presidential ambitions.

"It has been a challenging week," chief of state Jim Atterholt wrote in an April 2 email response to a Pence supporter who criticized the changes made to the law.

Days earlier, Pence had signed the initial version of the law during a closed door ceremony that included several well-known social conservative activists. Simmering criticisms exploded on social media and in national headlines.

It metastasized after Pence struggled to explain in an interview with ABC's George Stephanopoulos whether the law did — or didn't — allow discrimination against gay people.

Celebrities called him out, left-leaning states threatened to ban officials from traveling to Indiana, while businesses and trade groups ratcheted up threats of pulling out of the state.

Amid the criticism, Pence received emails of encouragement from across the country, urging him to stand his ground.

"I would like to voice my support for Gov. Pence's unpopular stand on Religious Freedom," wrote one woman from Troy, Alabama. "It takes courage to stand for what is right and I pray he does not succumb to the noisy, obnoxious people who are threatening him."

But there was a notable shift in tone as reporters from national news outlets swarmed the Statehouse and Pence, under intense scrutiny, called for a "fix." The changes sought to make clear business owners couldn't invoke the law to discriminate against gay people.

"If Governor Pence has any future presidential aspirations he'd better remember the choices he makes now follow him tomorrow," wrote one person, identified only as "SVO."

Steve Defilippo, of Tampa, Florida, was even blunter. His email read : "ACT LIKE A MAN AND LET THE CHIPS FALL WHERE THEY MAY DESPITE ECONOMICS."

Once Pence signed the law, the vitriol only grew.

Randi Riley from Edgewater, Florida, wrote that Pence raised "the white flag of surrender to a ruthless horde of sexual jihadists."

Staff scrambled to change the narrative and shift the conversation to the state's improving economy.

"Why are you sending (news) clips around?" Pence asked in an email to his longtime aide, Matt Lloyd.

Lloyd, who is currently a spokesman at the Department of Health and Human Services, wrote back: "I'm sending them to other media and stakeholders to help drive narrative."

Later, after landing a favorable story, Pence praised it as a "Homerun."

Lloyd quipped back: "We're punching back hard like this every single time."

Still, even after the uproar, Pence's polling numbers sagged and he faced a difficult re-election.

In July of 2016, however, Trump picked him to shore up his evangelical base. Before long, social conservative flocked to Pence rallies around the country, gushing over his calm demeanor and Evangelical beliefs.

Tags:Mike PenceReligious Freedom Restoration Act
At WFYI, our goal is to cover stories that matter to you. Our reporting is rooted in facts. It considers all perspectives and is available to everyone. We don't have paywalls, but we do need support. So if unbiased, trusted journalism is important to you, please join us. Donate now. 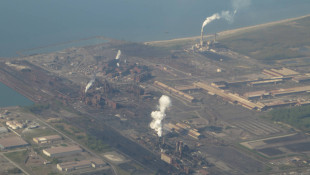 The Environmental Protection Agency plans to end its policy relaxing penalties for some violations during the pandemic. In an EPA memo, the agency said as states reopen, they're reducing the restrictions that make it difficult for industrial companies to comply with environmental laws.
Read More