A former Environmental Protection Agency administrator, two Indiana lawmakers, and environmentalists opposed the EPA’s plans to change clean car standards at a press conference Monday. The standards require new cars and light trucks build after 2025 to get about 50 miles to the gallon.

“Not only are we going to see a spike in gas prices, but we’re also going to see more pollution in communities of color,” says state Sen. Greg Taylor (D-Indianapolis).

Indiana University law professor Janet McCabe worked for the EPA during its 2016 review of automakers’ compliance with the clean car standards. She says not even car manufacturers — who have made money on more efficient vehicles — want this rollback.

“That’s one of the biggest bites we can take out of pollution that’s affecting our climate and our health, and now is not the time to dial back. The existing standards are achievable and working,” says McCabe.

According to the Union of Concerned Scientists, transportation is the largest single source of air pollution in the United States. McCabe says the EPA is expected to come out with a proposal to roll back clean car standards any day now.

Tags:emissionsEnvironmental Protection Agencyauto
Support independent journalism today. You rely on WFYI to stay informed, and we depend on you to make our work possible. Donate to power our nonprofit reporting today. Give now. 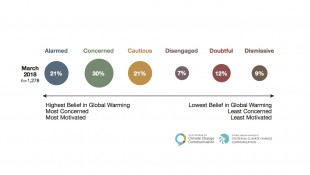 POLL: Which Of Global Warming's Six Americas Are You?