The Environmental Protection Agency has found unsafe levels of lead in the drinking water of some homes in East Chicago, Indiana.

The city is already grappling with high levels of lead and arsenic found in the soil around homes inside its EPA toxic waste clean-up site, or Superfund.

That contamination came from a former smelting plant in the area. But an EPA spokesman says it’s “not possible for lead from contaminated soil to get into your tap water.”

Instead, he says the lead in the water likely came from city service lines or plumbing. It was found in 18 homes out of 43 inside the Superfund, tested this fall as part of an EPA pilot program.

The spokesman says there are no plans to expand that program, but that the state and city are “taking action to reduce lead levels in the drinking water system.”

The EPA is already cleaning up soil in resident Maritz Lopez’s neighborhood. She is worried, regardless of where the lead in the drinking water came from.

“It’s hurtful. I mean, it’s our home, our memories are there, but it’s like, you don’t feel that warmth anymore,” she says. “You feel like you’ve been abused.”

In a letter posted on a city Facebook page, East Chicago Mayor Anthony Copeland criticized the EPA’s testing methodology, but says he’s asking for residents to receive water filters and for funding to upgrade city infrastructure.

Tags:East Chicagowaterleadlead contamination
Support independent journalism today. You rely on WFYI to stay informed, and we depend on you to make our work possible. Donate to power our nonprofit reporting today. Give now. 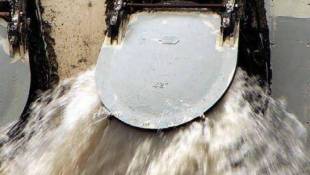 Utilities reported replacing and upgrading distribution pipes, water treatment plants and fire hydrants are among their most pressing needs.