The U.S. Environmental Protection Agency is considering revisions to 2015 legislation that regulates the disposal of coal ash. But opponents in Indiana say cutting back on them could have serious negative side effects.

The legislation established national standards for the location and design of coal ash landfills at coal-fired power plants. The landfills house the material that remains after coal is burned, which can include toxic heavy metals.

The proposed revisions would allow individual states to set their own standards for coal ash disposal, and more clearly defines the circumstances that would require a plant to clean up any “non-groundwater releases.”

The EPA says the revisions could save the government between $31 million and $100 million each year.

But environmental advocates argue those regulations protect residents living near the landfills.

Dr. Indra Frank is the environmental health director for the Hoosier Environmental Council. She spoke Tuesday at a public hearing hosted by the EPA to get feedback on the proposed revisions.

Frank says the changes allow plants to create their own standards for protecting groundwater reserves and checking for contamination. She says having that individual standard doesn’t make any sense.

Frank says part of the current regulations require plants to evaluate their water using a background well, or a source that isn’t impacted by coal ash contamination. But, she says 11 of the plants in Indiana are actually using sources that have been contaminated.

“The problem is the current definition is very weak,” Frank says. “It’s allowing our utilities to set up wells and call them background, even though they are impacted by coal ash.”

The revisions also allow plants to evaluate water contamination differently based on whether the water is being used by people living nearby. But Frank says coal ash can remain in a water source for hundreds of years, and the contamination could be a problem in the future.

“Even if there is an aquifer that no one is currently drinking from, should we just write off that aquifer and allow it to be contaminated?”

According to the Hoosier Environmental Council, 15 Indiana coal plants are regulated by the current rules.

Frank says the EPA is trying to move the revision along quickly, allowing for a single public hearing.

The EPA is accepting public input online and through email until April 30.

Tags:Environmental Protection Agencycoal ash
At WFYI, our goal is to cover stories that matter to you. Our reporting is rooted in facts. It considers all perspectives and is available to everyone. We don't have paywalls, but we do need support. So if unbiased, trusted journalism is important to you, please join us. Donate now. 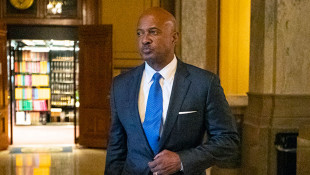 Indiana GOP AG Candidates Speak Out Before Ballots Come In

Indianas Republican delegates are casting ballots as the time nears to select who will run for state attorney general in November.
Read More 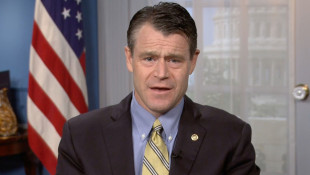 Senator Young Wants Next Federal Relief Package To Be 'Targeted'

U.S. Sen. Todd Young (R-Ind.) said he wants the federal governments next round of COVID-19 relief to be targeted at those who need help most.
Read More 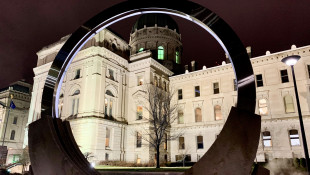 The vast majority of laws passed each year by the Indiana General Assembly take effect either immediately or on July 1. But there are always a few measures each year that dont take effect for a few more months.
Read More