PORTAGE, Ind. (AP) — The Latest on a wastewater spill at a U.S. Steel plant along Lake Michigan in northern Indiana (all times local):

The National Park Service has closed a third beach along the Indiana Dunes National Lakeshore following a nearby toxic wastewater spill.

The Park Service said Wednesday it closed Cowles Bog Beach based on a recommendation that all beaches within three miles of the spill site be closed as a precaution to protect park visitors.

U.S. Steel says a pipe failure apparently caused a spill that released an unknown amount of wastewater containing a potentially carcinogenic chemical into a lake tributary.

The EPA says testing has detected none of that chemical, hexavalent chromium, in Lake Michigan.

A northern Indiana utility that stopped drawing water from Lake Michigan following a lakeside spill that contained a potentially carcinogenic chemical says testing has detected no sign of that chemical in its water.

The utility said Wednesday that preliminary water testing by an independent laboratory under the U.S. Environmental Protection Agency's oversight has detected no hexavalent chromium in the water treated and stored by its plant.

That plant will remain offline until further testing shows there's no threat to its lakeside water source.

The utility says its water treatment facility in Gary, Indiana, remains in service and is helping it meet its northwest Indiana customers' needs.

The company said Wednesday its preliminary investigation shows an expansion joint failed in that pipe Tuesday at its Portage, Indiana, plant.

The steelmaker says that allowed wastewater from an electroplating treatment process that contains hexavalent chromium to flow into the wrong wastewater treatment plant and eventually enter Burns Waterway through a drainage pipe.

The U.S. Environmental Protection Agency says the wastewater entered the waterway about 100 yards from Lake Michigan, but so far no hexavalent chromium has been detected in the lake. It's also unclear how much of the toxic wastewater spilled.

U.S. Steel says it's idled all production processes at the facility.

Federal authorities say a potentially carcinogenic chemical has spilled from a U.S. Steel facility in Indiana into a tributary of Lake Michigan.

The U.S. Environmental Protection Agency says the company reported Tuesday that it leaked an unknown amount of wastewater containing hexavalent chromium into Burns Waterway in Portage, Indiana, within 100 yards of the lake.

Utility Indiana American Water says it's no longer taking water from Lake Michigan as a precaution, and is relying on reserves.

The National Park Service has temporarily closed the West Beach and Portage Lakefront beachfront areas and warns that people and pets must avoid contact with water there until further notice.

The EPA has said hexavalent chromium might be carcinogenic if ingested.

Tags:Lake MichiganEnvironmental Protection AgencyPortageU.S. SteelBurns Waterwayhexavalent chromium
Support independent journalism today. You rely on WFYI to stay informed, and we depend on you to make our work possible. Donate to power our nonprofit reporting today. Give now. 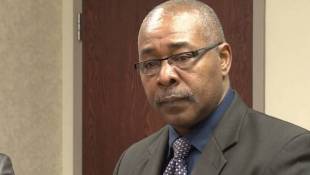 The EPA has maintained it can't move forward with cleanup until it gets more information, but the mayor says remediation needs to be to a residential standard.