On the first Friday of every month, the congregation at Temple Adath B’nai  Israel in Evansville marks the start of Shabbat in a way few other synagogues do.

Rabbi Gary Mazo tells his congregation that the night's worship service, just a few days before the start of the High Hily Days, will not be the usual ones. Tonight, a handful of the band’s founding members, who now live across the country, are back in Evansville.

Most synagogues don’t have their own bands, but that’s not the only thing he said is unique about this group.

"Tim, who’s the drummer, grew up in this congregation," Mazo said. "He was in my confirmation class, he had his bar mitzvah here. But Josh, and Eric, and Aaron, they’re not Jewish."

Most of them aren’t Jewish, but Mazo said they’ve become an institution at his congregation.

"When the band is playing, that’s when most of our people show up," he said. "There’s something magical that happens when you take ancient liturgical prayers and sort of apply what they do musically to it. It just really makes it more accessible."

The band does its magic by pulling from a range of genres. Band members cite influences as diverse as gospel and contemporary Christian music to American folk.

Josh Riedford was first in the band to get involved with music at the synagogue. He took an intro to Judaism class at the University of Evansville, and his professor, who was the rabbi at the time, invited Josh to services.

Josh quickly found himself immersed in the congregation. "I met with the music director one afternoon," Josh said. "He ran through all the music with me in a couple hours and then he called me up the next day and he said 'hey we're all quitting you're in charge now."

Eric Lund came on board shortly after. “I really only started to do this because there was free food after service,” he said.

His candor prompted some honesty from Josh. “If we’re doing true confessions here," Josh admitted, "the only reason I kept coming back is I had a crush on the girl who was singing.”

Josh’s brother Aaron joined in, sporadically at first. “I came back because I liked doing the music,” he said.

Eric says it took some time for him to learn a new tradition. “There's a language that you have to sort of get an idea of what it means, and what its history is, and what its purpose is for within the context of the service," he said.

But they have all become familar with the prayers, services, and music. All three are trained musicians who studied at UE. They have become so familiar that now, each has been, or is currently, the synagogue's music director.

Tim Gold hasn’t been music director at the synagogue. "If we keep up the pattern, it looks like your next Tim," Josh joked, but Tim does play drums in its band. He says he grew up with it.

"Josh actually performed at my bar mitvah," Tim said. "He would teach me the songs when I was 13. He saw me pretty much grow up. I just kinda learned the music and it just kinda became a natural progression for me."

A band played at the Shabbat Rocks service for years, but the guys said Kippah Groovin’ really took off when Mazo joined the synagogue in 2013.

The songs are adaptations of common Jewish prayers, and the order follows the order of prayers at a Shabbat service.

Josh says his time working at a Catholic church throughout high school and college may have influenced his approach to writing music.

"I wanted to write songs that would have a nice melody but be easy for congregations to pick up on," Josh said.

Aaron has also worked at a church. One of his first jobs out of college was playing the piano in a gospel choir.

"I went into that job with my degree thinking ‘I’m a great pianist because I have a degree in piano,’" he said. "I realized that there are kinds of music that I know nothing about and I had to learn how to play gospel style for that job."

It’s that gospel sound that influenced their adaptation of the Sh’ma, a short prayer that’s central in Jewish liturgy.

"The Sh’ma came out of me just fiddling," Aaron said. "It’s one of my favorite things to do is fiddle around on the piano in this gospel rift type of style."

They continue to write music and say a second album may be in the works. Most of the band no longer lives in the Evansville area, but when they’re all back, they say the music just comes together. 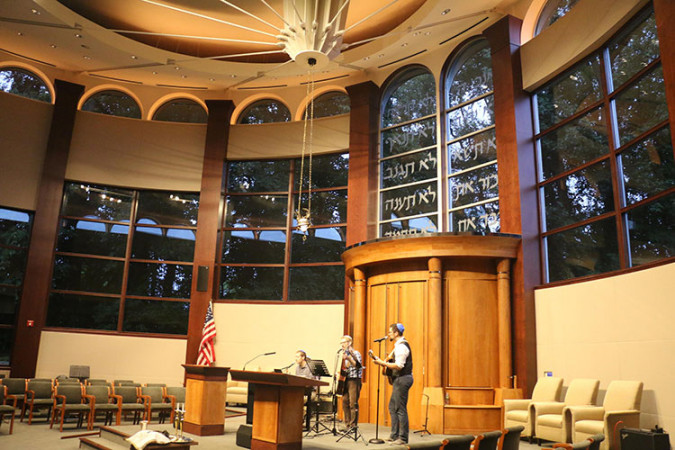 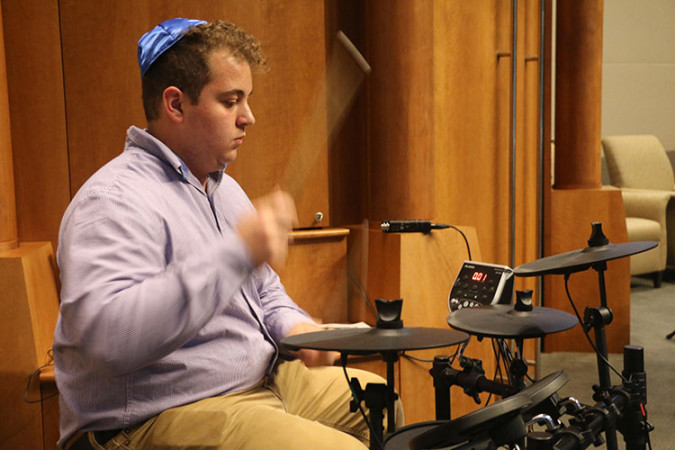 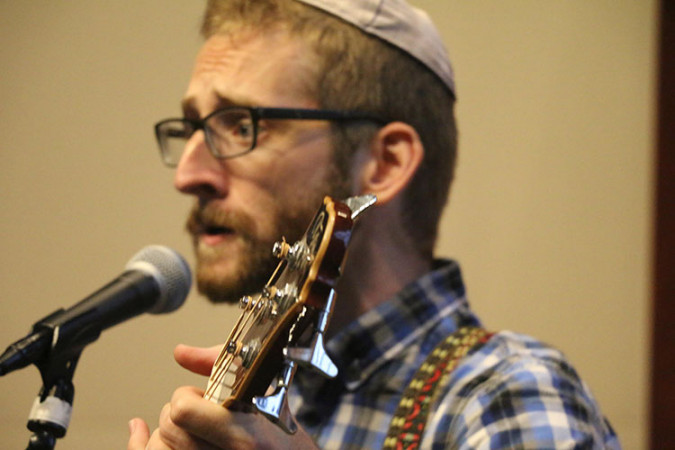 Tags:EvansvilleKippah Groovin'High Holy DaysTemple Adath Bâ€™nai Israel
Support independent journalism today. You rely on WFYI to stay informed, and we depend on you to make our work possible. Donate to power our nonprofit reporting today. Give now.