Every State But Missouri Has An Opioid Database. Will That Change? 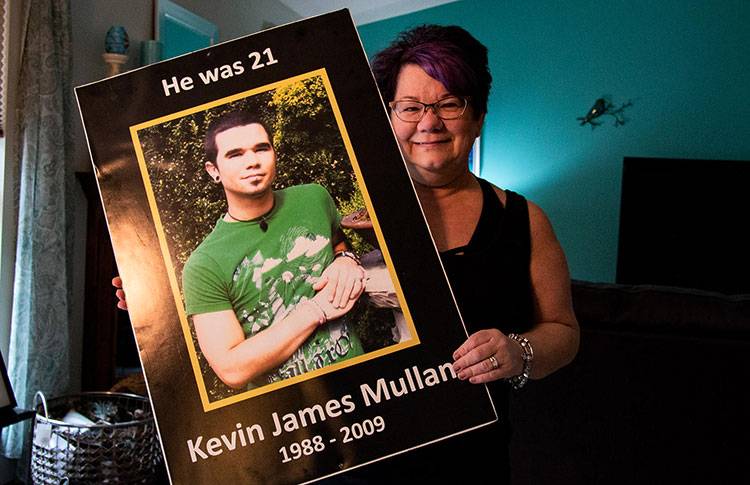 Kathi Arbini holds a photograph of her son, Kevin Mullane, who died of a heroin overdose at the age of 21. (Sebastián Martínez Valdivia/Side Effects Public Media)

About 15 miles southwest of St. Louis is Fenton City Park. It’s pretty unremarkable, with picnic shelters, softball fields, and flags waving gently from a memorial to fallen soldiers. This is where Kevin Mullane sought refuge as he struggled with an opioid addiction.

“He would just kind of be alone there and he skateboarded there. Anybody that knew Kevin knew he loved Fenton Park,” says Kevin’s mom Kathi Arbini.

She struggles to hold back tears while describing how he became increasingly isolated. Mullane turned to prescription opioids to deal with depression. He eventually started stealing medications from friends and family members, and doctor-shopping for more.

In November of 2009, at the age of 21, Mullane died of a heroin overdose in a friend’s basement. Arbini says at the time, he had nine prescriptions from different doctors.

But there was no statewide program then to keep track. And the deaths continue – in 2017, 951 Missourians died from opioid overdoses.

At the state capitol, which is being renovated, House Bill 188 is the latest effort to create a program to track opioids and other prescription drugs across Missouri. It’s sponsored by Republican state Rep. Holly Rehder, and it’s her sixth attempt.

“I’m absolutely concerned that it might not make it through this year, but I’m more hopeful than ever,” Rehder says.

In the past, the main opposition has come from within Rehder’s own party, and one man in particular. Sen. Rob Schaaf filibustered the bills, saying they infringed on patients’ privacy rights.

Rehder says, “I’m someone who’s very concerned about privacy as well, and I don’t like government databases, but this is very much different from that, it’s a medical tool.”

Schaaf ran up against a term limit last year. And supporters of the database legislation hope to get some leverage from a drug monitoring program started in the St. Louis area in 2017.

It was largely created to sidestep the years of gridlock in the Senate. More than 70 jurisdictions have joined, but it does not reach more than 50 others. 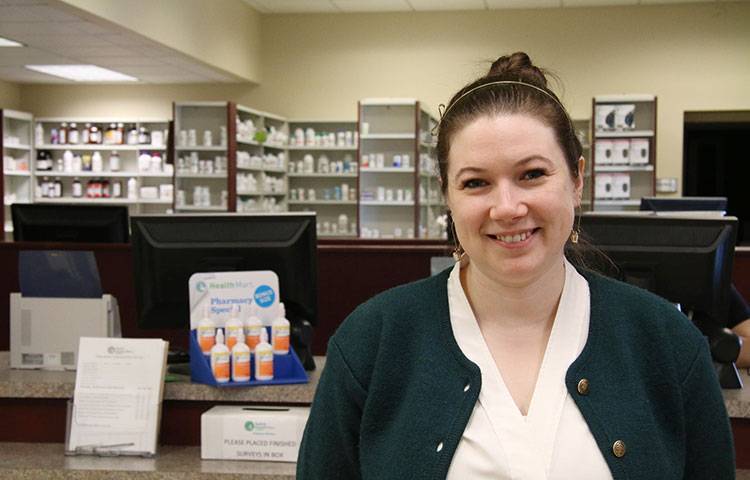 Pharmacist Annie Eisenbeis says she has to call around to other pharmacies when she suspects a patient is in danger. (Sebastián Martínez Valdivia/Side Effects Public Media)


Family-owned Sam’s Health Mart is in Randolph Co. – one of the places that hasn’t joined the St. Louis program. That means pharmacist Annie Eisenbeis has to take matters into her own hands.

“So if I suspect that somebody is abusing or misusing the medication, I will call all of the neighboring pharmacies,” she says. “So in Moberly specifically we have five different pharmacies but then we’ll call other counties just to check.”

Eisenbeis says a statewide program wouldn’t single-handedly solve Missouri’s opioid problem, but it would help. She says someone came to her recently with almost identical prescriptions from two different doctors.

“Luckily, he handed them both to me at the pharmacy and I was like, ‘These are the same thing. If you take both of them you’re going to overdose,’” she recalls.

Some researchers say the monitoring can have a chilling effect on providers, leading them to prescribe fewer opioids – and pushing people towards more dangerous options like heroin.

Arbini remains a supporter. After Kevin died, she became an activist and testified before the legislature on the database bills.

“I was so nervous, I remember being so nervous but so proud because I told Kevin’s story,” she says.

Arbini would like to open a treatment clinic, and has a reason to keep pushing for a solution: Kevin’s 9-year-old son. Her grandson.

“He looks like our son, and he acts like him, and I’ll be honest that scares me,” she says. “But his mom is aware of it- we’re very close, and we watch him and hopefully he won’t go down that same path.”

The U.S. Centers for Disease Control says the main purpose of wearing a cloth face covering is to avoid spreading the virus to others. People infected with the virus may not show symptoms for several day
Read More