INDIANAPOLIS -- Farmers in all but four Indiana counties will have access to federal relief in the wake of devastating flooding after officials approved a disaster declaration for counties hit the hardest.

“If a producer is unable to obtain credit traditionally from a lender, our doors are open and ready to serve them,” Wickard said.

Only LaGrange, Perry, Spencer and Steuben counties aren’t covered under the declaration. But State Department of Agriculture Executive Director Ted McKinney says the state may try to get more counties covered, even the adjacent counties where loans are available.  He says that’s because, in rare cases, the federal government makes additional benefits available, but those would only apply to farmers in the counties where disasters have been declared.

Tags:Agriculture
Support independent journalism today. You rely on WFYI to stay informed, and we depend on you to make our work possible. Donate to power our nonprofit reporting today. Give now.

The proposed settlement plan that would help USA Gymnastics emerge from bankruptcy releases other organizations like the U.S. Olympic and Paralympic Committee from some or all financial responsibility.
Read More

During the first year of the pandemic, Boone County saw huge growth in filled jobs

The Quarterly Census of Employment and Wages shows that between March 2020 and March 2021, Boone County filled 3,500 jobs -- growing by more than 10 percent.
Read More 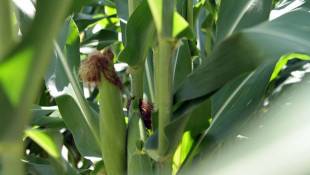 Indiana's farmers are expected to produce significantly less corn and soybeans after flooding devastated parts of the state.