INDIANAPOLIS (AP) — Investigators haven’t yet determined a motive for the ambush shooting of a police officer outside an FBI office in western Indiana, an FBI official said Thursday.

The suspected gunman in the Wednesday afternoon shooting in downtown Terre Haute was hospitalized in federal custody after being shot by an FBI agent who was inside the office when he heard gunfire, said Paul Keenan, the special agent in charge of the FBI’s Indianapolis office.

The shooting killed Terre Haute police Detective Greg Ferency, a 30-year department veteran who had been a federal task force officer since 2010.

Keenan wouldn’t say whether Ferency knew the gunman or was targeted for some reason.

“We’re still looking at motive and we’re leaving all avenues open at this time,” Keenan said during a news conference in Terre Haute, about 70 miles (113 kilometers) west of Indianapolis.

Keenan said the filing of federal charges was “imminent” against the suspected gunman and that his identity wasn’t being released until then.

The suspected gunman left the scene in Terre Haute, near the Indiana-Illinois state line, and drove himself to a hospital, where he underwent surgery for his wounds, Kennan said. Investigators didn’t immediately know whether the gunman also fired shots at the FBI agent.

Kennan described the shooting as an ambush attack on Ferency without any apparent warning.

“The suspect showed up there before Detective Ferency came out of the building,” Kennan said. “That was the reason we used that word.”

Dozens of police vehicles from multiple departments joined a procession past the Terre Haute police headquarters as a hearse carrying Ferency’s body was moved Wednesday evening to a hospital for an autopsy.

“He was absolutely dedicated” Keen said. “There’s not anything that he did that he didn’t put 110% into.”

Ferency is the third Terre Haute police officer fatally shot in the past decade. Officer Brent Long was killed in 2011 and Officer Robert Pitts died in 2018 — both in shootings that happened as they and other officers were attempting to make arrests. Authorities determined both gunmen died from self-inflicted wounds.

“Our heart breaks for Detective Greg Ferency’s family, loved ones and those who served with him every day protecting the residents of the Wabash Valley,” Holcomb said in a statement.

Tags:Terre Haute Police DepartmentFBITerre Hautegun violence
Support independent journalism today. You rely on WFYI to stay informed, and we depend on you to make our work possible. Donate to power our nonprofit reporting today. Give now. 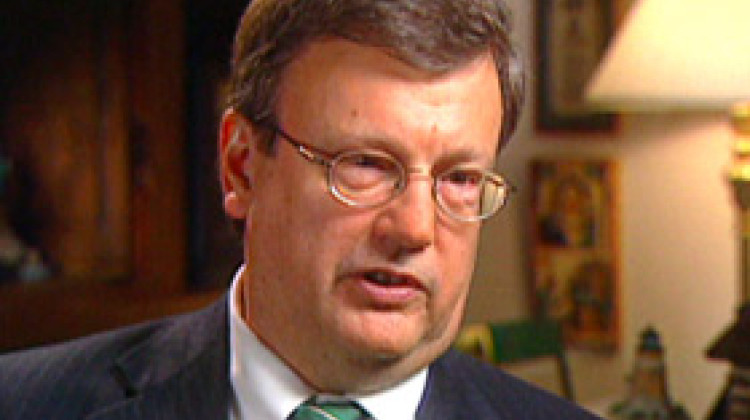