The two men were charged last month with theft or bribery of programs receiving federal funds for allegedly taking kickbacks from a contractor. Both men had denied the allegations to federal agents following a June 8 FBI raid of district offices.

Messages seeking comment were left for attorneys for the two men.

Tags:Vigo County School CorporationVigo County
Support independent journalism today. You rely on WFYI to stay informed, and we depend on you to make our work possible. Donate to power our nonprofit reporting today. Give now.

Indiana lawmakers created a no-interest, no-fee student aid loan for job training called Accelerate Indiana in 2021. They used $75 million from federal COVID relief funds for it. About 50 students are set to graduate and get certifications after the funds first year, according to INvestEd.
Read More 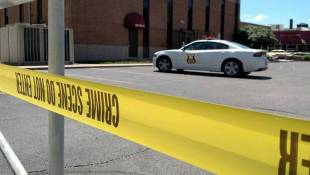 Two Vigo County School Corporation employees have been terminated and are charged with theft for allegedly stealing thousands of dollars from the school district.