INDIANAPOLIS (AP) — Authorities say a fire on the roof of an Indianapolis elementary school prompted the evacuation of hundreds of students.

No one was injured in the Friday morning fire at Amy Beverland Elementary School. Authorities say two teachers were checked out at the scene for possible smoke inhalation, but they weren't taken to a hospital.

The Indianapolis Fire Department says the fire stemmed from a construction torch and drywall. Workers were using a torch to cut bolts in the building's rafters.

The Lawrence Township district's school is in the midst of a renovation and expansion project.

Classes were canceled for the day Friday and students were bussed to another school so they could be picked up. 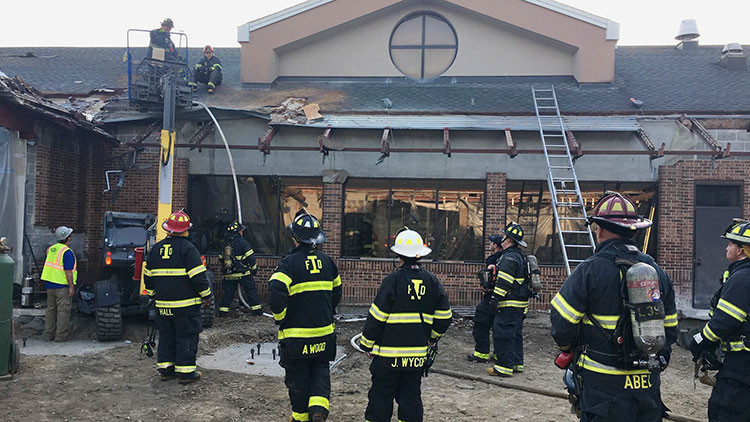 Tags:Lawrence Township SchoolsAmy Beverland Elementary SchoolIndianapolis Fire Department
At WFYI, our goal is to cover stories that matter to you. Our reporting is rooted in facts. It considers all perspectives and is available to everyone. We don't have paywalls, but we do need support. So if unbiased, trusted journalism is important to you, please join us. Donate now.

As Schools Re-Evaluate, Teachers Say Remote Learning Is Burning Out Staff And Students

Most schools in Indiana started the new academic year with some sort of in-person instruction, but teachers say the so-called "hybrid" learning models are burning them out -- fast.
Read More

Want To Know Where IPS School Board Candidates Stand? Check Our Voter Guide

Four seats are on the November ballot for the Indianapolis Public Schools' Board of School Commissioners, putting the districts future in the hands of voters at a pivotal moment. Here is a voter's guide on the candidates.
Read More

Ball State University will start its spring semester classes a week later than usual and eliminate Spring Break. It's a schedule designed to minimize student travel during the ongoing coronavirus pandemic.
Read More