The Indianapolis suburb of Fishers is luring the Indy Fuel minor league hockey team to the city with a planned 8,500-seat arena, officials announced Wednesday.

The new arena would be a key part of a $550 million project planned by Indianapolis-based Thompson Thrift Development for hotel, apartments, retail and office space along Interstate 69, a few miles north of Interstate 465.

The Indy Fuel, an affiliate of the NHL’s Chicago Blackhawks, has been playing its home games at the Indiana State Fairgrounds in Indianapolis since it began play in 2014. Plans call for the team to move to the new arena for the 2024-25 season.

Fishers Mayor Scott Fadness said the building would be used to host other events such as concerts, theatrical performance, high school sports and graduation ceremonies.

“We felt like a center of this size is just right to host world class entertainment events as well as our local needs,” Fadness said.

A timeline for the start of construction wasn’t announced. 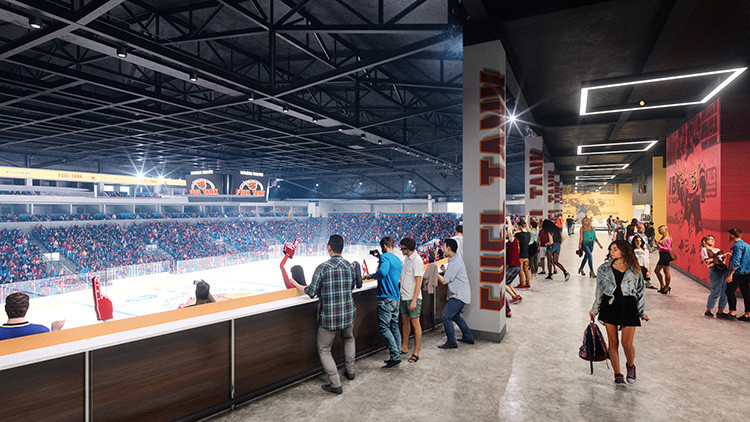 Tags:FishersIndy Fuelhockey
Support independent journalism today. You rely on WFYI to stay informed, and we depend on you to make our work possible. Donate to power our nonprofit reporting today. Give now.