The United States is continuing to expand its support for Ukraine's war effort. The U.S. has donated more than $2.5 billion in weapons. It's also issued wide economic sanctions and continues to provide intelligence information.

More than a quarter of Ukraine's population has fled since Russia invaded the country at the end of February.

Millions of people are in need of humanitarian assistance.

A northern Indiana man who just returned from Ukraine's border felt helpless watching the invasion on TV and wanted to do more to help.

He's a U.S. Army veteran, a carpenter, a police officer, a tradesman, and now a humanitarian.

“I've just always been someone who just kind of maybe leaps before I look perhaps, you know, when I get an idea in my head, I just go with it.” 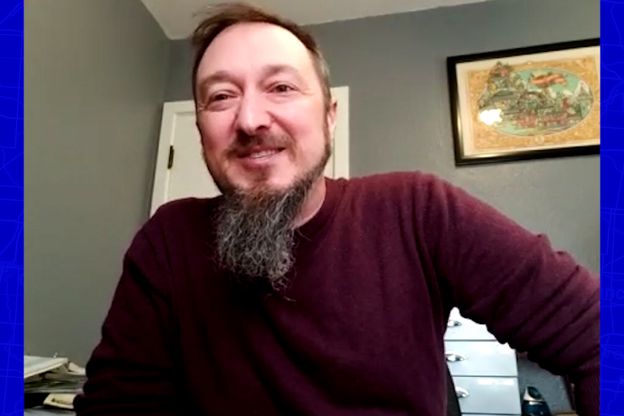 Munster, Indiana, resident Loren Buchmeier says his mission to lead a small group of volunteers to the Ukrainian border came from a long phone call with a friend he met when stationed in Germany.

“So during this conversation, I said, well, let me see if I can afford a plane ticket over to Poland or Budapest. And, then let's see what we can do.”

By the next day, he created a nonprofit, a website, and a Facebook page - and money started coming in.

“Our primary goal was to get to the border and start talking to people. Find out, you know, who was in charge, what the needs were, and how we can start putting our money to use.”

They started in Slovakia and within 24 hours were sitting with the mayor and governor of Košice.

“Initially they said they would have a need for laundry services. So we said, ‘Okay, well, we know how to wash laundry and we can buy purchase washing machines and dryers and, you know, set up a laundry service.’”

His not-for-profit organization “Human Kind Fund” has raised more than $26,000. And Buchmeier says every cent goes to help those in need.

He says the funds are helping provide 400 beds to refugees in Poland and Slovakia.

“They have nothing, they have whatever they can, you know, run out of their house with, you know, a couple of backpacks. And usually, you know, whatever, minimal supplies, they could grab for their children.”

Buchmeier says what keeps him going is the “boots-on-the-ground” approach. He says that gives him an emotional connection to being aware of the Ukrainian needs.

“People of all countries from everywhere, you know, so concerned and willing to, you know, give and help, that it does give you hope, it gives you renewed faith in mankind.”

He says he hopes to return soon for another round of aid and to see all those people who are now his extended family.

“Maybe next time, my wife will give me permission to actually help deliver some of these items into Ukraine, but we'll see.”

Buchmeier says the organization sent $5,000 to buy propane tanks for cooking and boiling water as well as food and other necessary supplies to Ukraine.

He plans to keep posting updates to their Facebook page as they come in.

Tags:UkraineRussiaLoren BuchmeierSlovakiaKošiceHuman Kind Fund
Support independent journalism today. You rely on WFYI to stay informed, and we depend on you to make our work possible. Donate to power our nonprofit reporting today. Give now.