The North American International Auto Show will take place in Detroit beginning Saturday, and Fort Wayne will receive some spotlight at the event.

General Motors will be on hand, showcasing some of its projects for 2018. One of those products is the 2019 Chevrolet Silverado, which will be built at Fort Wayne’s plant.

Silverado marketing manager Hugh Milne says beginning production of the truck in Fort Wayne will pay dividends for the company.

Milne says the new truck, officially revealed over the weekend, will have traditional features, but also changes he describes as “bold.”

“The front end sits about an inch higher. As you move around the profile of the truck we’ve stretch the wheelbase about four inches,” he said. “This translates to about three inches more legroom for rear seat customers in a crew cab, and then just more space and volume inside the cab itself.”

In 2017, Fort Wayne Assembly was named by J.D. Power & Associates the highest quality plant in North America. The plant has 3,900 hourly and salaried employees.

The show runs from January 20 through the 28 at Cobo Hall in Detroit, Michigan.

Tags:Fort WayneautoCheverolet
Support independent journalism today. You rely on WFYI to stay informed, and we depend on you to make our work possible. Donate to power our nonprofit reporting today. Give now. 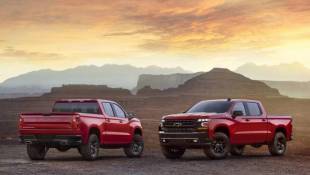 Chevrolet unveiled the truck to be built in Indiana during a centennial celebration last weekend.