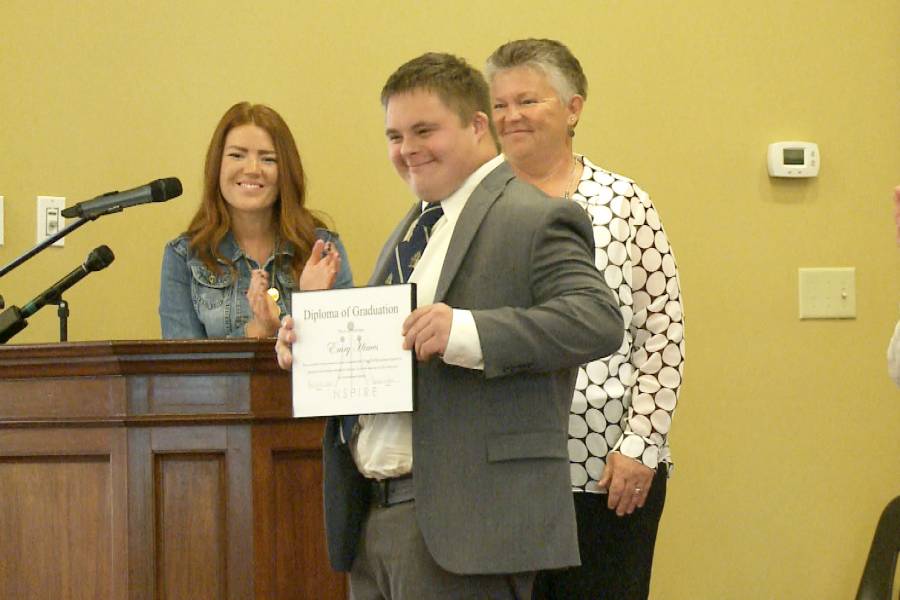 Across the country, schools are honoring graduates at commencement ceremonies.

A group of students in a Franklin College  program called INSPIRE graduated this week.

The two-year work-study program gives students with special needs a traditional college experience. INSPIRE is in it’s fifth year, and officials are hoping to expand the program in the future.

In Adam Heavrin’s exercise science class, students are learning about muscles in the hip and thigh as they head into the homestretch of the semester.

There’s one student in particular who is really in engaged in the work. Emry Himes has Down syndrome, but he still participates in class discussion and keeps up on his assignments. Hearvin calls Emry one of his best students.

“He has a great imagination, and he comes up with things in class that our other students don’t, so it’s not like he’s just sitting back in the rafters just watching things go on,” Heavrin says. “He actually adds something to this class.”

Emry is in his final year in the INSPIRE program, which is connected to Earlywood Educational Services. The students work around campus, learn social skills, and go to classes like the one Emry is in.

Professors don’t take it easy on these students. Hearvin says he challenges Emry inside the classroom and even while the class does exercises in the weight room. He says Emry applies what he learns outside of class. 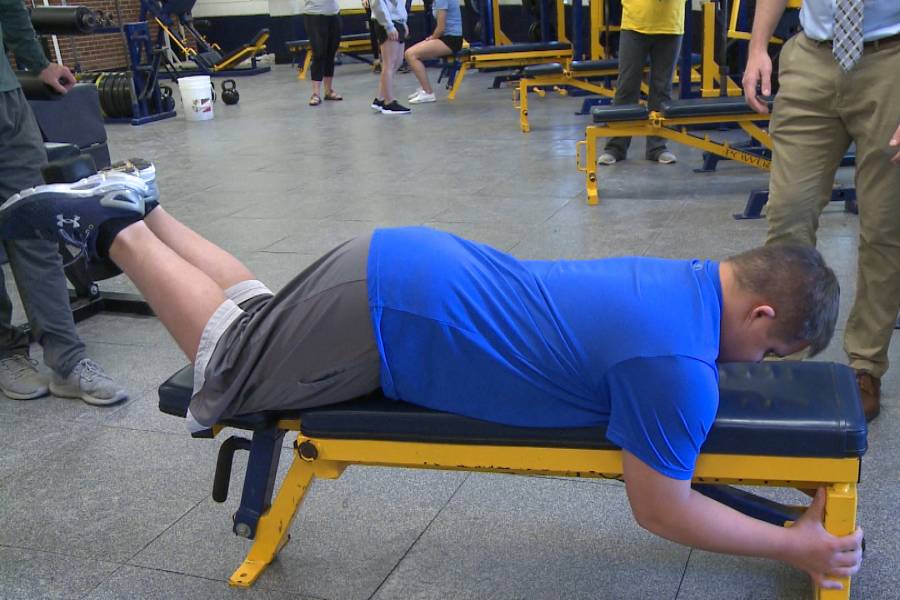 The goal of INSPIRE is to make students more independent and prepare them for potential employment opportunities. It’s clear from Emry’s interactions, high-fiving with friends, grinning while he talks with his teacher, that he truly enjoys it. But he admits it can be challenging.

“It’s fun. We hang out with friends, walk the grounds with them on campus,” Emry says.

Emry was one of 10 students accepted to the program in 2016. His mother, Barb, says he was ready for the challenge, but she wasn’t so sure.

“I thought, it’s a big campus, could he wonder off and get himself into trouble?” Barb says. “Finally we just took a deep breath and went with it and he has just blossomed down here.”

Head Coach Mike Leonard and his players have embraced the INSPIRE students and helped give them a “normal college experience.”

“I think by having these students out here at our practice, it’s not only good for them to see our guys and to see some normalcy of a college football practice, but it’s great for our guys to have this group out here and cheer them on even in a practice setting,” Leonard says.

The Growth of INSPIRE

When INSPIRE first launched at Franklin in 2013, the school only  accepted five students and it didn’t have the same kind of structure. For example, the students didn’t get to enroll in classes.

The school now offers 40 courses and has implemented an internship program. They say it’s truly become a campus-wide effort and the whole college reaps the benefits, not just the INSPIRE students:

Barb says, at times, Emry’s path through academics was bumpy, but it led him to Franklin College and graduation day.

Coach Leonard sent the graduates off on their next chapter in life with a speech about team work and working hard in the future.

“Seeing you guys walk in was amazing,” Leonard tells the students. 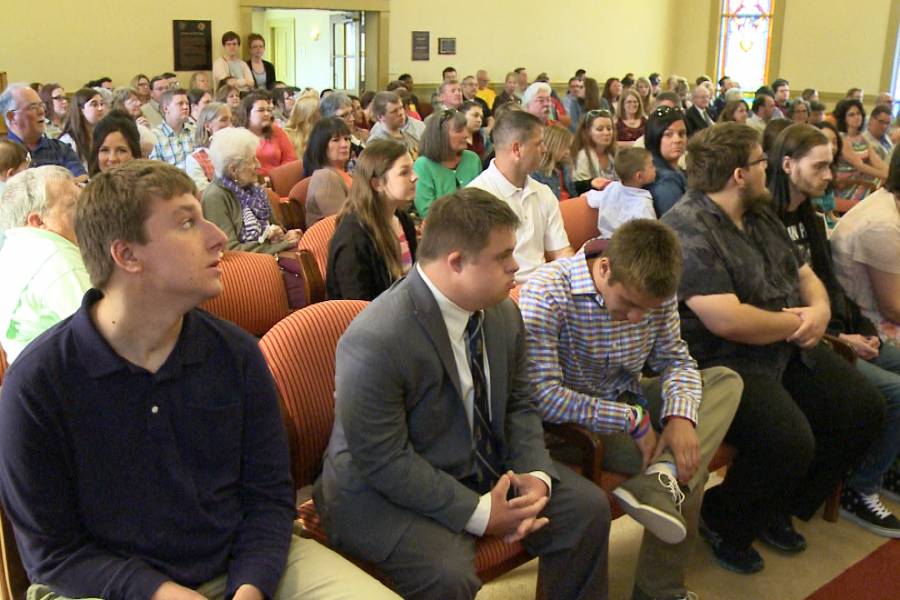 Family and friends packed the building in support of the INSPIRE graduates. (Lindsey Wright/ WFIU-WTIU News)

The room, packed full of supporters, wraps up the graduation in a way the football team usually ends its meetings.

“How bout we all break it down with the word inspire? Because you guys have inspired us, hopefully we’ve inspired you,” Leonard says.

Leonard counts to three and then crowd joins him in shouting “INSPIRE!”

Emry plans to continue working at his brother’s pizza shop after graduation. He does the prep work right now, but his goal is to one day make the pizzas.

Tags:Franklin CollegeINSPIREwork-study programs
Support independent journalism today. You rely on WFYI to stay informed, and we depend on you to make our work possible. Donate to power our nonprofit reporting today. Give now.