From Policy To Personnel: Pence's Possible Influence On Education

President-elect Donald Trump is continuing to name his choices for top cabinet positions, with 60 days until he assumes the Oval Office. One role that’s still up in the air: Secretary of Education.

Sure, there are rumors who it could be, including former Indiana superintendent Tony Bennett and U.S. Rep. Luke Messer, but there’s no official announcement yet.

As it stands, Trump doesn’t have much of a record on education for us to look at. But Vice President-elect and Indiana Gov. Mike Pence, who now heads the transition, does. A lengthy one.

“I suspect that vice president-elect Pence is going to have enormous weigh over the transition process,” says Mike Casserly, executive director of Council of Great City Schools, which represents over 60 urban school systems. “The policies and positions and philosophies that he has espoused in Indiana are not unique to the Trump positions.”

So, what can Pence’s record tell us about where education could go under a Trump administration, a new education department and new person at its head?

A handful of people with ties to Indiana education and Pence have are rumored to be possible education secretary picks: former superintendent Tony Bennett, former Gov. Mitch Daniels, and U.S. Rep. Luke Messer.

Messer, who represents Indiana’s 6th district, is a member of the House Committee on Education and the Workforce.

He’s been a critic of President Barack Obama’s guidance that schools should allow transgender students to use the bathroom of their choice. He supports school choice, letting families use state- or federally-funded vouchers to send children to private or charter schools.

“I don’t know if I’m being considered,” Messer said, in a statement sent by a spokesperson. “But I am excited about President-elect Trump’s bold education proposals and eager to do whatever I can to help make those proposals a reality for American families.”

Trump is expected to appoint the Secretary of Education soon, but Casserly, of Council of Great City Schools, says it’s still early in the transition process.

“Frankly, at this point, it’s probably not worth a whole lot of time trying to speculate which person it might be,” Casserly says.

What Do State Superintendents Want From An Education Secretary?

“We’d like to see someone who has state experience and has actually had to interact with school districts,” says Chris Minnich, director of Council of Chief State School Officers. “Our education system is a very complicated system.”

CSSO represents all state superintendents of education. Minnich says, regardless of who comes into office, an education secretary will have to oversee the rollout of a brand new federal education law – the Every Student Succeeds Act, a rewrite of No Child Left Behind.

That law returns many education policy decisions to local states. Indiana officials are in the midst of drafting a new education plan under that law.

“We’re at a really critical time for states to step up and lead,” Minnich says. “We want a secretary that, in that context, that is ready to help states lead, but not be over prescriptive to them about what they should do.”

Many of Trump’s outlined education policies – ending Common Core, a $20 billion school choice program – are in line with Pence’s beliefs. Choice has now become a defining element of Trump’s vision for education.

Minnich says it makes sense that Pence will have a influence over who becomes the next education secretary.

Tags:Mike PenceTony BennettMitch DanielsU.S. Department of Educationschool choiceLuke MesserCouncil of Great City Schoolseducation secretaryCouncil of Chief State School Officers
Support independent journalism today. You rely on WFYI to stay informed, and we depend on you to make our work possible. Donate to power our nonprofit reporting today. Give now. 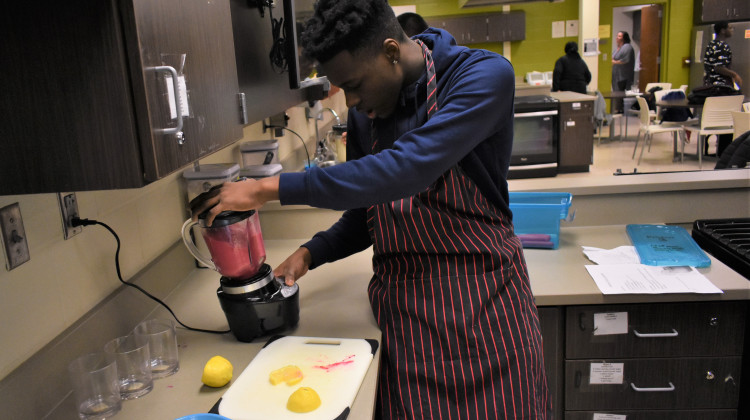