Metropolitan cities across the country are hoping to land Amazon’s second headquarter location, including Gary, Indiana.

The city’s mayor posted an ad in The New York Times Monday that addressed Amazon Chief Executive Officer Jeff Bezos. The ad stated, “I know locating to me may seem far-fetched. But ‘far-fetched’ is what we do in America.”

Gary Director of Communications LaLosa Burns says the city is the right fit for the company’s new headquarters.

“We are located in our proximity to major highways, to rails, to water,” Burns says. “And 30 miles outside of Chicago places us in a prime location for business development.”

Amazon plans to bring $5 billion in investments along with 50,000 new jobs to the city they choose.

Gary has struggled with crime and poverty, but Burns says landing the new headquarters would help turn things around.

“Our people are ready to work and to embrace this type of development,” Burns says.

Burns says Gary stands out from the major cities as the “little fish in the big pond.” She says officials do have plans to submit a formal bid to Amazon.

Indianapolis and Fishers are putting in a joint bid to land the new headquarters.

Amazon hopes to make a decision on where to locate the headquarters by 2018.

Tags:GaryLake CountyKaren Freeman-WilsonAmazonHQ2
At WFYI, our goal is to cover stories that matter to you. Our reporting is rooted in facts. It considers all perspectives and is available to everyone. We don't have paywalls, but we do need support. So if unbiased, trusted journalism is important to you, please join us. Donate now.

WFYIs Terri Dee spoke with CEO Cindy Booth and Director of Interrupting Racism for Children Jill English about their work, which serves an estimated 7,000 children in the county.
Read More

An Indianapolis recycling company known for giving jobs to former prisoners recently partnered with an organization that turns plastic into fuel.
Read More

Production recently began on the new 2020 Highlander at the factory, which now has about 7,000 employees.
Read More 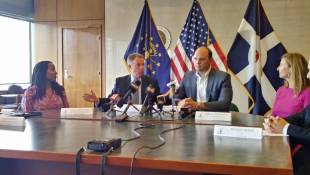 The mayors of Indianapolis and Fishers joined with business leaders to throw their collective hats into the ring.
Read More 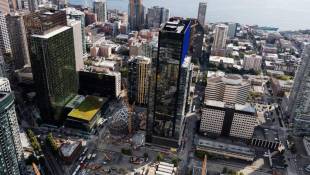