General Assembly Passes Two-Year BudgetHoosiers now know what the state budget will look like for the next two years. It boosts funding for education, but schools with declining enrollment will still lose money.url2019 legislative session, School Funding, state budget2019-04-25T00:00:00-04:002019-04-25T00:00:00-04:00
Unable to load the audio player.
You could try direct download?
playpausemuteunmute
Original story from   IPBS-RJC

Hoosiers now know what the state budget will look like for the next two years. It boosts funding for education, but schools with declining enrollment will still lose money.

Lawmakers are increasing the base amount schools receive for each student they enroll by about $350 over the biennium.

But the state's $539 million boost in tuition support won't reach every school, because funding follows the student. Those dollars are also split between charter, voucher, and virtual charter schools - and the state estimates traditional public districts will receive about a 2 percent boost in funding each year, while charter and voucher schools receive a boost of up to 9 or 10 percent respectively.

Democrats, like Rep. Greg Porter (D-Indianapolis), pushed back on the deal, saying it still doesn't include money for teacher raises.

"We're still short. I don't see it in there," Porter says.

But one of the state's lead budget writers, Rep. Todd Huston (R-Fishers) says school funding accounted for more than 70 percent of new money in the budget. And to do it, he says members had to compromise.

The budget does add $7.5 million more to the state's fund for highly effective teacher bonuses. It also includes $3 million of new money per year to train teachers in computer science and another $5 million for English language learners each year.

Other highlights include more funding for school safety grants and funding for a newly-created teacher residency pilot program. The plan to pay off some teacher pension debt for schools also made its way into the final plan. Lawmakers, and the governor, have said the money schools save from the payoff should go to teacher pay.

"We do not need a surplus in excess of $2 billion," Tallian says.

"And I leave here proud of the efforts that we've done to meet and sustain the needs," Huston says.

The measure passed largely along party lines. Only one Democrat in either chamber - Sen. David Niezgodski (D-South Bend) - voted for the budget.

Tags:2019 legislative sessionSchool Fundingstate budget
At WFYI, our goal is to cover stories that matter to you. Our reporting is rooted in facts. It considers all perspectives and is available to everyone. We don't have paywalls, but we do need support. So if unbiased, trusted journalism is important to you, please join us. Donate now. 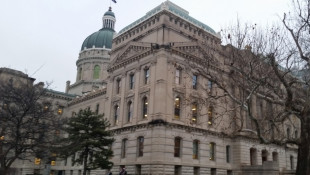 Indiana Lawmakers Step Back On 'In God We Trust' Requirement

Indiana lawmakers have rolled back a proposal that aimed to require a poster with the national motto In God We Trust and the American and state flags be displayed in all public school classrooms.
Read More 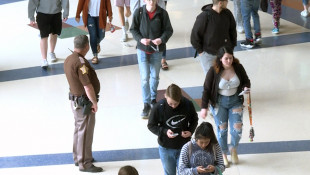 More districts are hiring law enforcement to increase security in schools and can use state funding to do so, but lawmakers are debating what sort of training officers need before working around students.
Read More 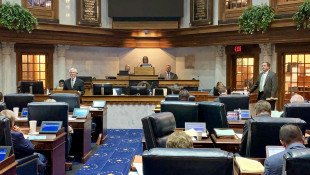 A bill going to the Senate floor would create a program for high schoolers to try out careers while performing community service, called the Indiana Youth Service Program.
Read More