Giraffe Calf Is First Zoo Baby Of The New Year

INDIANAPOLIS — The Indianapolis Zoo’s newest arrival is not quite 3 weeks old, yet he already stands as tall as an NBA point guard.

The male reticulated giraffe, the first for the Zoo since 2011, was born in the early morning hours of Jan. 9. The calf weighed 158 pounds and stood about 6 feet tall at birth; however, he is already growing and will be several feet taller before his first birthday.

The Zoo says this newborn is the sixth calf — all males — for 18-year-old mother Takasa.

Following a 15-month pregnancy, female giraffes give birth standing up. While their arrival into the world is somewhat abrupt, newborn giraffes are extremely resilient and are typically up on their feet in less than an hour. Zookeepers said the calf is curious and adventurous, exploring his surroundings though never venturing too far from his watchful mom.

The tallest land mammals on the planet, giraffes are distinguished by their long, slender necks. While this striking physical feature is unlike anything else in nature, surprisingly, a giraffe’s neck is structurally similar to a human’s, as both contain seven cervical vertebrae.

Native to Sub-Saharan Africa, giraffes bear a beautiful coat of brown spots that helps provide camouflage on the arid plains. While every giraffe’s pattern is unique, the Zoo’s youngster currently takes after his first-time father, 5-year-old Majani, with his coloration. Both have lighter, caramel-colored patches compared to Takasa’s darker, cinnamon-colored spots.

The Zoo’s giraffe herd, which is now up to four, will remain inside its climate-controlled indoor facility throughout the winter. The new family is expected to make its debut in the spring, and at that time, guests will have an opportunity to meet members of the herd up close during public feeds.

Later this year, guests have the chance to help choose the giraffe's name through a poll on the Zoo’s Facebook page. Additional details will be announced soon. 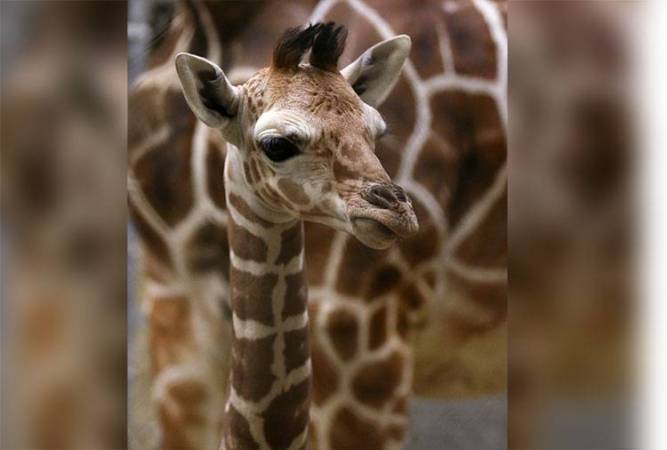 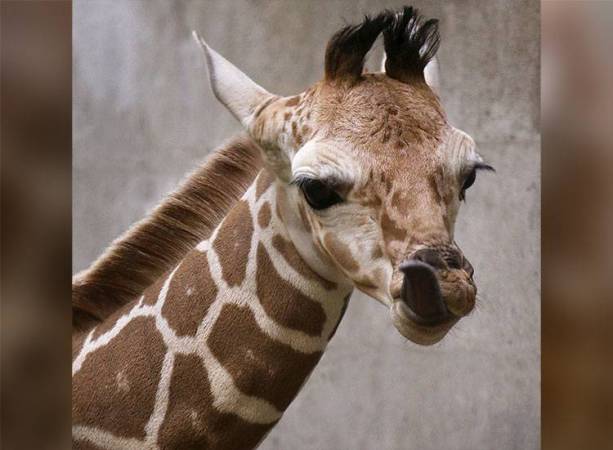 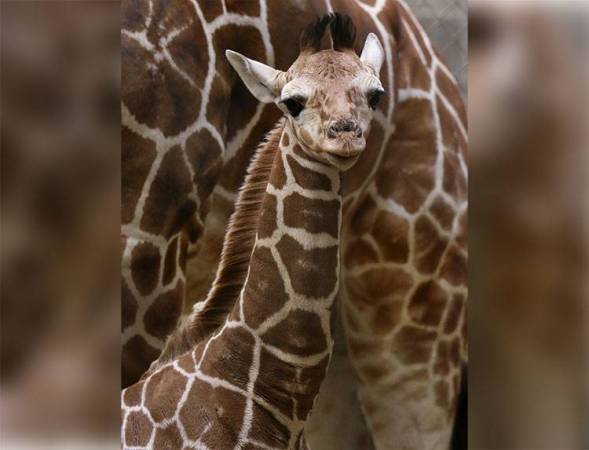 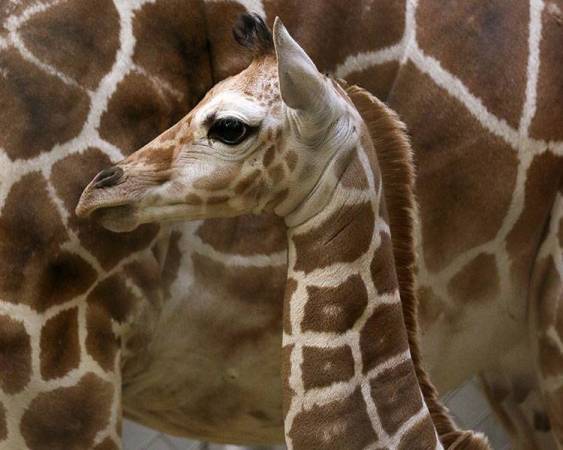 Tags:Indianapolis Zoogiraffe
Support independent journalism today. You rely on WFYI to stay informed, and we depend on you to make our work possible. Donate to power our nonprofit reporting today. Give now.