ARLINGTON, Texas (AP) — General Motors Co. has announced it's investing more than $4.2 billion in assembly plants in Indiana, Michigan and Texas to prepare for the launch of its next generation of pickups and SUVs.

The company said Tuesday that it's increasing capacity, improving operating efficiencies and making other upgrades at plants in Fort Wayne, Indiana; Flint, Michigan; and Arlington, Texas.

GM says new investments also are occurring at plants in Ohio ahead of the release of 2021 models of pickups and SUVs.

The Texas site manufactures popular SUV brands, including the Chevrolet Tahoe and GMC Yukon. Officials say $1.4 billion will be spent on the Arlington plant and upgrades are scheduled to be completed next year.

GM says it has invested more than $23 billion in its U.S. manufacturing base since 2009.

Tags:General Motors
At WFYI, our goal is to cover stories that matter to you. Our reporting is rooted in facts. It considers all perspectives and is available to everyone. We don't have paywalls, but we do need support. So if unbiased, trusted journalism is important to you, please join us. Donate now.

The Harvest GP is set to run Saturday, Oct. 3, towards the end of the 2020 racing season.
Read More 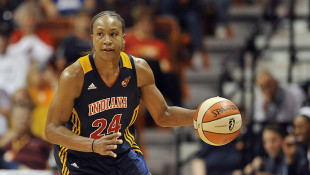