Indiana Republican legislative leaders aren’t totally sold on Gov. Eric Holcomb’s proposal to spend nearly three-quarters of a billion dollars this year to pay down state debt instead of direct relief for Hoosiers struggling during the pandemic.

Holcomb’s proposal would spend $702 million out of budget reserves this year to pay down debt on capital projects, highway construction and a teacher retirement fund. That frees up money in the future, long a priority for Republicans.

Senate President Pro Tem Rodric Bray (R-Martinsville) said it’s nice to be able to have that kind of debate in a year when so many other states are struggling financially.

“Trying to make sure that we get Hoosiers back on their feet and help those that are really struggling is going to continue, of course, to be a priority,” Bray said.

Tags:2021 legislative sessionEric HolcombIndiana budget
Support independent journalism today. You rely on WFYI to stay informed, and we depend on you to make our work possible. Donate to power our nonprofit reporting today. Give now. 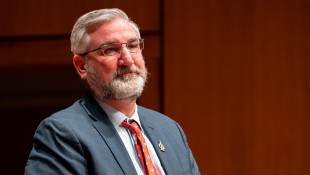 Gov. Eric Holcomb's new state budget proposal would spend $1.13 billion over the next two years on one-time initiatives. And almost none of that would be direct relief for Hoosiers struggling during the ongoing COVID-19 pandemic.