INDIANAPOLIS -- Senate lawmakers and House Democrats pushed back Monday against those advocating for the House Republican road funding proposal and its two tax increases.

Lawmakers heard about an hour of public testimony on road funding from local government officials and road construction industry representatives.

All of the people who testified acknowledge none of the plans offered this year provide a permanent solution. But those testifying say the best option is the House Republican plan, which shifts more money to state and local roads by raising gas and cigarette taxes.

“It puts us in a great place and it will be less of an investment and cost down the road if we do it now,” says John Brand, civil engineer.

On the other side, senators like Senate fiscal leader Luke Kenley, R-Noblesville, are pushing a one-time infusion of state surplus money. They say this will help in the short term and give the state time to develop a long-term solution over the summer.

“If we had to come back next year and add another four cents, then what do we do?” Kenley says. “What do we tell the taxpayer? We said ‘We got it done this last year but we didn’t really get it done.’”

House and Senate lawmakers will hash out a deal behind closed doors before Thursday’s expected end of session.

Tags:road constructionroadsIndiana legislature
At WFYI, our goal is to cover stories that matter to you. Our reporting is rooted in facts. It considers all perspectives and is available to everyone. We don't have paywalls, but we do need support. So if unbiased, trusted journalism is important to you, please join us. Donate now. 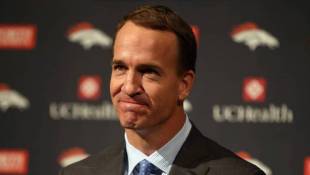 The future Hall of Fame quarterback was emotional as he bid farewell to football after 18 seasons in the NFL, two Super Bowl rings and a string of superlatives. 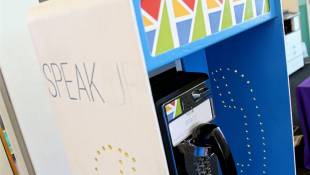 "Abandoned" And Other Words From the Speak Up Phone's Listening Tour

The WFYI Speak Up phone is going on a listening tour across Indianapolis as part of our reporting on the root causes of violent crime in Indy's most-distressed neighborhoods, gathering thoughts and stories from residents.