Can greenspaces mitigate lead exposure? A new study aims to find out

What was once an abandoned lot on Indianapolis’ Far Eastside is now home to newly planted trees, vegetable beds and walking paths. The rehabbed lot is part of a pilot project and research study to determine if transforming these spaces can mitigate lead exposure.

The study, led by researchers at Indiana University Purdue University Indianapolis, will examine whether the newly placed mulch, plants and grasses will decrease people’s likelihood of interacting with the contaminated soil. Researchers have periodically taken soil samples at the lot to test them for the presence of lead. The results of this study could determine the locations of future green spaces.

The project is in partnership with the nonprofit Keep Indianapolis Beautiful, which partnered with the Community Alliance of the Far Eastside to establish the greenspace to finish the majority of the park late last year.

“In a lot like this, that was abandoned, that's not to say that nobody used it at all,” Keep Indianapolis Beautiful CEO and President Jeremy Kranowitz said. “And in fact, we know that as soon as we put down new pathways in this plot, kids were riding bikes on it almost immediately.”

Kranowitz said as children play on the lot, dust could be kicked into the air and carried home on the bottom of shoes. Lead-contaminated dust, if inhaled or ingested, can have serious health consequences for children. Lead exposure in general can cause serious delays to children’s mental and physical development.

“Exposure to environmental contaminants severely impacts brain development of children in many neighborhoods, and this impact is seen disproportionately in lower income communities of color,” Dr. Gabriel Filippelli, executive director of IU’s Environmental Resilience Institute, said in a press release.

Sources of lead in soil can include lead-based paint, contamination from manufacturing and lead-based gasoline, which was widely used until it was phased out in the 1980s and 1990s.

Concerns about lead exposure in Indiana are not new. A 2017-2018 state report found that 62 percent of schools had at least one fixture that contained lead amounts higher than the federal legal limit. For years, the U.S. Centers for Disease Control and Prevention has recommended states lower the threshold for agencies to respond to elevated levels of lead in the bloodstream of children. In recent weeks, the Indianapolis-based TV show “Good Bones” was fined for improperly managing lead-based paint at three of its properties.

As a result of these concerns, a new law offers lead testing for all Indiana children under 6 through their doctor.

The study — which will test soil from serveral lots — is expected to publish spring 2023.

Tags:lead testinglead poisoningKeep Indianapolis BeautifulIUPUIfar eastside#GREENSPACE
Support independent journalism today. You rely on WFYI to stay informed, and we depend on you to make our work possible. Donate to power our nonprofit reporting today. Give now. 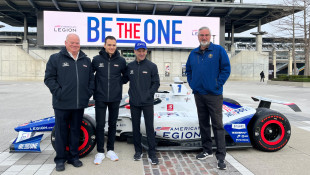 17 U.S. veterans die by suicide every day. A new campaign aims to change that

Seventeen veterans die by suicide everyday in the U.S. Gov. Eric Holcomb is trying to change that by involving Indiana with a new nationwide awareness campaign. 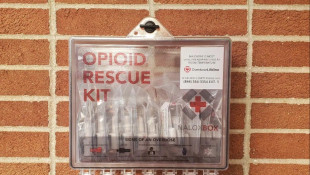 The Wabash office is partnering with Overdose Lifeline and a local nurse to ensure a box is stocked with single dose kits for any community members to come in and grab. 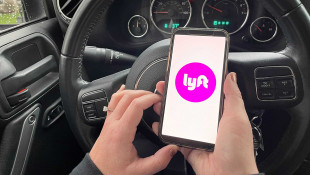 The rides can be used for a variety of purposes, including to medical appointments, grocery stores, treatment centers and meetings with probation officers. 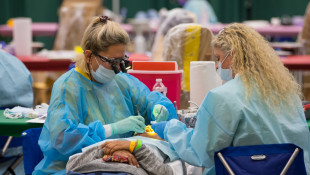