Gubernatorial Candidates Seek To Define Themselves In Forum

Indiana’s three gubernatorial candidates sought to define themselves on a broad range of policy issues during a forum hosted by the Indiana Public Policy Institute Tuesday evening.

Each of the gubernatorial candidates answered questions covering a range of topics, from economic development to quality of life to education. Democrat John Gregg’s theme was specificity; he often referenced various campaign proposals, for example, one on education.

“We can do a full-day, pre-kindergarten program without increasing taxes,” Gregg says.

For Libertarian Rex Bell, the theme was simple: the government needs to step back, as in this answer to a question about improving local civic leadership.

“Cheerleading is a great role for government,” Bell says. “As far as getting forcefully involved in it, it’s not something I would want to see government stepping into.”

For Republican Eric Holcomb, frequent were the mentions of initiatives from the past 12 years, those of governors Holcomb served under. But less frequent were specific plans of his own. He replied to a question on how to pay for roads.

“I don’t think you take anything off the table when you’re going into analyzing all the data before you,” Holcomb says.

The three candidates will meet for a series of three debates beginning next month.

Tags:Election 2016John GreggEric HolcombRex BellIndiana Public Policy Institute
At WFYI, our goal is to cover stories that matter to you. Our reporting is rooted in facts. It considers all perspectives and is available to everyone. We don't have paywalls, but we do need support. So if unbiased, trusted journalism is important to you, please join us. Donate now.

Many of Indiana's 12 regional workforce boards are cutting staff or moving and closing unemployment offices to save on rent. That means less support and less training for people needing help finding jobs.
Read More 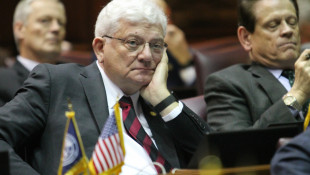 Bill Would Make It Harder To Retire Coal Plants In Indiana

The bill's author says utilities are relying more and more on renewable energy sources and the energy marketplace -- and that could threaten reliability.
Read More 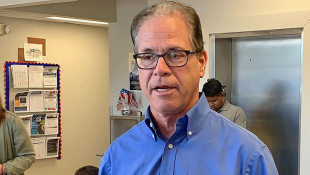 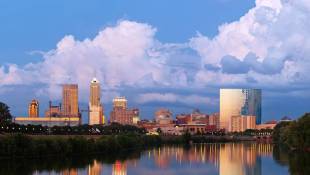